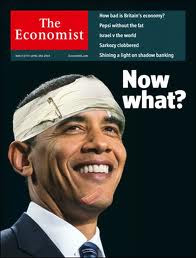 It's almost two weeks into the New Year now and I just heard that one of my buddy, Mustafa Almin, had one horrible New Year fare he will never forget for the rest of his life for all the wrong reasons.

"Ah Meng", as we fondly call him, was seriously injured on his head, when one of his passenger smashed him with a beer bottle on New Year morning. All for allegedly making a "rude" remark at the passenger and taking the "wrong" route to his destination.

Yesterday, Roy and I visited him at his home in Bukit Batok and he was still on un-paid medical leave with bandage over his head. Apart from trauma of the incident, he was fine and told us what happen on that fateful morning.

He had a bountiful collection on New Year eve and at 2am, was on his way home when he stopped for a passenger at a KTV club along Pasir Panjang Road. Ah Meng winded down the window and asked the 40+ white chap where was his destination before he let him into his cab. "Jurong West" the man answered scornfully. Ah Meng decided to take him as Jurong was near his home. It turned out to be his worst decision in his New Year.

The burly white chap shuffled into the cab. He smelt strongly of alcohol, too inebriated to walk and carried a sling bag. Apart from his pallid countenance and greasy face, his demeanour was of a typical drunkard who had a lots of drinks at the KTV. As the cab moved off a few hundred meters, the white man suddenly shouted at Ah Meng.... "Why stop and ask me where I go. Don't pick, Don't stop. You're a.....F@#$*.... taxi driver..". Ah Meng was shocked at his sudden verbal abuse but bite his tongue and remained silent to avoid flaming the situation.

Ah Meng was still sizzling at the earlier abuses when the atmosphere changed abruptly for the worst, as he turned into Jurong Town Hall Road. "Why turn here, You've taken a wrong route. You Bastard....You mother-F@#$*....!" came those horrific verbal abuses again. Ah Meng had enough. He stopped his taxi at the traffic light, got out of his cab and demanded the white chap to get lost. But he refused to budge and remained seated inside the cab. Ah Meng had no choice but to get back into his cab to drive off, as other vehicles were horning at him furiously.

As soon as he pulled into a nearby bus stop, he was suddenly struck on his head with a beer bottle with a loud crack. He almost fainted and soon felt wet around his upper body and realised he was soaked with blood. His assailant dashed off quickly into the nearby HDB flats, throwing his broken bottle away. Soon he was gone in seconds. Ah Meng was in no condition to chase him as he was dizzy and weak from the assault to his head. He immediately called the police with his cell phone. Nobody stop to help him, not even fellow taxi drivers. Either most were not aware of the incident or do not want to get involved.

Police and paramedics arrived within minutes and Ah Meng was taken to the National University Hospital, where he was treated for his injuries. Luckily, his skull was not fractured and he had only seven stitches to his wound.

50 years old Ah Meng had been driving taxi for almost 18 years. He had argued with passengers who blamed him for taking the "wrong" route, when they themselves are not sure which way they should go in the first place. Nonetheless, he always apologises and gives them discount to placate them and avoid disputes. He is also aware that some passengers tend to boss him around and if either one is moody, toes will get stepped on and tempers flare on both side. Ah Meng is a humble and patience man and always tries to avoid trouble by giving in to his passengers' demand at all times.

In every country, incidents where passengers get infuriated with taxi drivers on routes is a very common thing but threats and violence don't occur often. It was unfortunate that Ah Meng met a violent man on that fateful morning.

Now, I think taxi drivers are like prostitutes. We've no idea what kind of customers we're serving. Although, the job takes only a few minutes, sometime nasty things can happen when we're alone together. Patrons can always allege that they had not been given the best of service and disputes occur. I'm not a "know-all" taxi driver but I think as a service provider, we, taxi drivers have to be always tactful in our dealings with all sort of customers and should endeavour to deliver a complete overall experience. It's a daily learning experience for every driver. The sooner we learn to be humble, patience and polite, the better. If not, we'll be getting into fight freely everyday. In any case, our passengers are with us for only a few minutes. We deliver, they pay, we part our ways and never meet again.
Sad to say, taxi drivers are also like Ants on the road, searching for food everyday and if ants not careful, they get easily exterminated with a rub of a thump.

Posted by Diary of a Singaorean Cabby at 3:31 pm

i thought the papers reported he was taking the passengers to Serangoon North AV4?and there were 2 passengers!

Thanks for your comment. These are 2 different incidents with almost similar contents. Thanks again.

Life is unpredictable, you never know what you gonna get - chocolate, coffee or charcoal. But we will survive whatever comes, or not.