Because of my neighbor's renovation works the previous day, I hardly had any sleep. And to keep myself awake, I drank a can of "Red Bull" before I started driving and had a spare can in my taxi. At the end of my shift, I drank 2 cans in total. It was very effective, so effective that I couldn't sleep at all after work. I then used the extra hours of awakening to do this posting.

Last week was the first week of the month and most people still have money in their pocket to spend on taking cabs. It was therefore, a good week for me, income wise and I also met a few unforgettable characters. 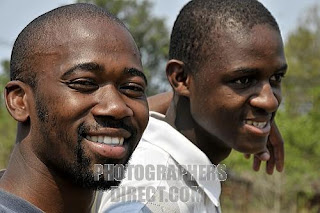 The 1ST. character was this pair of African men whom I picked up through booking at NUS dormitory. They looked like in their late twenties, slim, pitch black with pure white teeth. Speaking in perfect American slang English, they proudly proclaimed that they were in NUS to study a double MBA in corporate law and business management, sponsored by UN Council of African Further Education.
They were from Zambia, famous for it's Victoria Fall (world largest waterfall). They sound alike when they spoke but I did not have a close look at them as they were at my back seat which was dark and they were pitch black too.  It was their first visit to Singapore and had been here for about 6 months.

They made a few striking observations of Singapore which were amazingly accurate. For example, they observed that the present success of Singapore is solely due to LKY and if Singapore had joined Malaysia, LKY could possibly be the PM of Malaysia today.
They also observed that Singaporean Chinese speaks horrible English (Singlish) which is difficult to understand. But they remarked that I spoke good English. I explained to them that I invariably speak Singlish when I’m playing mahjong or engaging in idle chat with my friends, but immediately switch to Standard English when communicating with foreigner or in a formal conversation. 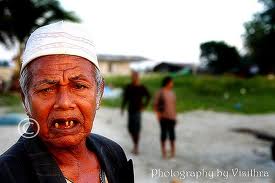 The 2nd unforgettable character I ferried last week was  a Malay man in his late sixties. He was thin with sunken face and almost toothless. He looked sad with teary eyes like about to cry.
He boarded my cab at Bedok South and wanted me to send him to General Hospital. I had a gut feeling that he was visiting a close relative, probably his wife or children.
But I was wrong when I started to chat with him.
He was actually visiting his childhood male friend, who was terminally ill with cancer. His friend had lived with him in his 3 room flat for the last 25 years as he was a bachelor with no relatives in Singapore. He treated him like his brother and both were inseparable bachelors.
They had a wonderful bond like no other friendship in this world. He feared that when his friend is gone, he might follow him as he couldn't live alone in this world without him.
I trusted him as he sound decent, sincere and humble. I forgo the $12 taxi fare when he alighted at GH. He was an unforgettable character with a kind heart. 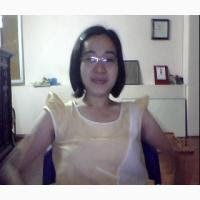 Last but not least was this young Vietnamese girl I picked up at Geylang Lorong 40. It was about 2am when she boarded my taxi. She couldn't speak a word of English or Chinese.
She showed me a piece of paper with an address written. It says " Blk 541 Jurong West Ave,1.
She sat beside me as we drove off  but we didn't speak  a word to each other on the way to Jurong.
She was short, thin, dark skin with a country girl look without make-up. She looked decent not like those girls who prostitute themselves  in Geylang. I was curious to find out what a decent girl like her was doing in the red light district of Geylang at that wee hour of the night. But I couldn't communicate with her and therefore had to put my question on hold.

When we arrived at our destination, a middle age lady was waiting at the lift lobby to greet and pay the taxi fare. I unleashed my "desperate to know" question at her.
She revealed in Mandarin that the young girl was only 18 years old and had gone to Geylang to find her elder sister who had not visited their old parents in Vietnam for the last 12 months.
She had borrowed money in Vietnam to come to Singapore to persuade her sister to return to Vietnam. The middle age lady was her parent's neighbor in Vietnam and is now married to a Singaporean.
She could not follow her to Geylang as her husband was overseas and she had nobody to look after her two small children.
That night was the young girl 5th attempt to look for her sister without success!
Wow.. What a strong character she had..I admire her. I wished her the best of luck in her endeavor to locate her sister.
.May god help her...The taxi fare was almost $30. I took $10.

Posted by Diary of a Singaorean Cabby at 9:25 am

You have such a heart of gold:).k