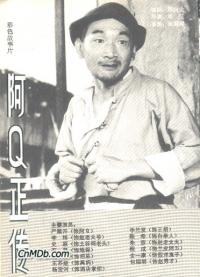 Can you guess what a taxi driver fear most when he is about to sleep after a night of driving?

Yes, the *f.@#%..k* loud rattling noise of a next door neighbor renovation work! The deafening loud sound of the heavy hammer pounding the concrete floor really gets my blood boiling!. Should I go over and ask them to stop the *f@#%k noise and let me get back to sleep?, Of course Not,  I can't do that. They have obtained an approval to renovate their flat. So, what can I do? I guess, just wake up, brush my teeth, wash my face and get out of my flat!

Well, in life sometimes we have to accept what we don't like because we can't stop it. Perhaps we can minimize the anger, suffering and damages by adopting a "spiritual victories". The best I think of is to adopt an "Ah Q" mentality. Let me briefly explain what is "Ah Q" mentality. Suppose a bully punch you and you can't hide back because he is simply too strong. Just walk away to avoid further beating and tell yourself " That son of a bitch has just punch his FATHER". In this way, you console yourself that you have come out top, instead of a loser.

By the way, "Ah Q" is a male character in a short episodic novella written by the famous Chinese novelist called "Lu Xun". "Ah Q" is famous for "spiritual victories". He persuades himself mentally that he is spiritually superior to his oppressor even as he succumbs to their tyranny and suppression. No matter how oppressed or bullied by others, he finds ways to console himself that he has come up top. It was the Chinese national character during the turn of the 20th century.  "The True Story of Ah Q" was made into a movie.

Now, I recalled an incident when I used "Ah Q Mentality". It happened last week during the evening peak hour and in a heavy downpour. I was driving along the AYE sending a young student to his home in Jurong estate. The road was jammed with slow moving traffic due to the evening peak hour and heavy rain. Some impatient drivers were trying to filter in and out of the jam to gain an inch faster.

Without notice, a car on on my right suddenly cut into my lane. There was no space between myself and the car infront. So, when that impatient guy could not filter in, he winded down his left window and shouted at me with his middle finger. I knew he was angry but I ignored him and continued my journey. When the traffic cleared about 500 meters down the road, he overtook me and deliberately swayed in front of my taxi. I jumped my brake to avoid a near collision. I was infuriated and wanted to stop to challenge him to a fight. But I took a deep breath and cooled myself down, like I always do whenever I get into a tense situation. He speed off after his show of superiority and I sent the boy home safely.

This kind of near fight situation happens often on Singapore roads and as a taxi driver, we encounter them almost daily. Are we going argue or fight each time we get into such situation?. It means having to report at traffic police station, appearing in courts as witness and finally what do we benefit in the end. Nothing. So long as my passengers and myself are not assaulted or injured, I always let the matters passed.

On a personal level, I use "Ah Q" mentality frequently to make myself a happier person and to avoid troubles. However, on a national level, if Singaporean adopt the "Ah Q" mentally they would be like the Chinese nationals of the 20th century, a time when China was bullied by western powers. God forbid such mentality to take roots here.
Posted by Diary of a Singaorean Cabby at 9:33 pm

just reading Ah Q in English. your expl2anation of his character finally makes sense! thank you