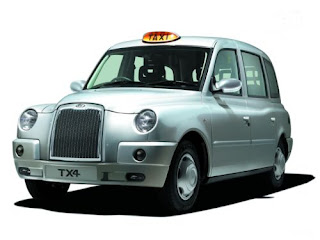 SMRT Corporation, a government linked transport company will discontinue its fleets of 15 London cab when their eight year licenses expire by next year. They are the only operator that runs the London cab here. The firm said that buying and maintaining them would not make good business sense given the high price of COE -$57,000 at present. They are not a charitable corporation but a business enterprise answerable to shareholders.

As a taxi driver, I empathize with the segment of wheelchair bound commuters who depend solely on London cabs for their transport needs. These cabs has higher ceiling allowing all types of wheelchairs to be wheeled in, whereas other cabs, like MaxiCabs, fits only normal size wheelchairs. Without London cabs, these wheelchair bounded commuters have few alternatives. Other transport options are not suitable, having limited operating hours or are severely overbooked.

Recently, a group of affected wheelchair bound commuters met up with representatives of government agencies, like LTA , MCD, Youth and Sports and NCSS. At the end of the 1.5 hours meeting, these commuters were totally stupefied and devastated.

- a government representative spent at least 20 minutes asking why the London cab was their preferred mode of transport and if they would like to be involved in a trial to test other vehicles. An irritated commuter rebuked, saying " You don't need to waste your energy testing other vehicles. The fact is, we know London cab works for us. As a regulator, you need to ensure these vehicles are available for us - after all, we pay taxes too".

- then tension rose when the topic of using the Handicaps Welfare Association's van as an alternative was discussed. "You shouldn't be pushing this to the association, This is not a welfare issue but one about universal access" shouted one commuter.

- another commuter brought up the LTA's reply to a letter in "The Straits Times" forum, in which LTA listed five alternatives to London cabs. She said that when members of the public read the LTA's reply and see these options, they will just think that the wheelchair bound commuters are making a big deal out of nothing. The fact is that these options do not exit. LTA didn't take the trouble to check if those options exited.

Generally speaking, these are the sort of attitude our civil servant in Singapore has. They are not keen to take a proactive approach, especially when an issue straddles more than one government agencies. They tend the pass the bucks around.

- the Singapore government should give money to operators to sustain a fleet of London cabs by making up the difference in the new rental prices.
- LTA can mandate that a certain percentage of each operator's fleet must be able to fit passengers in any type of wheelchairs. If the ratio is a mere 0.1% of the 26,000 taxi here, that's 26 cabs, more than the 15 London cabs on the roads now.
- MCD can fund welfare organizations to run a wheelchair accessible transport service.

Meanwhile, its heartening to note that LTA had extended the London cab operator's license by another year. After all, the PAP government has often pledged to keep the public's needs at heart of every decision it makes. And to keep its promise, the PAP government must come out with a long term solution to the transport needs of the wheelchairs bounded citizens. It must also make a dramatic turnaround from the LKY's anti-welfare era. Presently, a mere 0.3% of GNP is allocated to help the poor and handicapped people of Singapore. More should and could be done!.


Posted by Diary of a Singaorean Cabby at 1:09 pm

Yes, actually it's very simple. "You want to operate a taxi company in Singapore? That means you need to operate at least x % of wheelchair accessible cabs." Simple and negligible cost to taxi operators

Hi, I m considering of joining as a london cab driver. Would appreciate if you could contact me via email, ichikosong@gmail.com.

Call SMRT to register with them a a London Cab driver.