A Fat Man & A Fabulous Lady 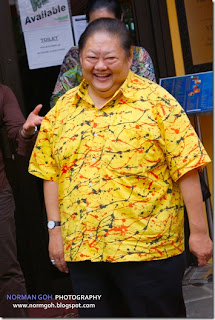 As a night shift taxi driver, I get to meet a wide variety of people with different happening. Most of the time, it's nothing to write about. Only occasionally do something out of the ordinary happens and I rush to get the story quickly on to my blog, least I forget.

The first story took place at about 10pm on one busy Friday night. I went to a house at Sixth Avenue, through a call booking. Surprisingly, our call-center sweetie called me to say specifically that it was an emergency. I was expecting some drunk guy stumbling out to the cab bleeding from several gashes, or a pregnant woman with a water bag about to burst, needing to get to the nearest hospital quickly. Instead, what I got was a Chinese guy hiding behind a bush in just his underwear and socks!! He was fat and in his late fifties, wearing only a white underwear with a red "LOVE" prints on the front, and black socks.

He got into the cab and looked jittery like a spooked rabbit who had just outrun a hungry wolf.  He said anxiously, "Uncle, go quickly. Tell you where later.". And in the same breath, he said "Her husband came home early!". With those last words, I knew right away what kind of predicament he was in. I just stared at him and wondered what kind of lady would want to risk "everything" for a fat guy like him. His looks wasn't anywhere close to Edison Chen, more like our local comedian Moses Lim. Perhaps, he was wealthy and successful.

On the way to his place at Steven Road, he revealed to me that he is a bachelor and she was her old flame during university days. They were in the middle of "something" when the husband walked through the front door. He panicked, grabbed his cel phone and jumped out the bedroom window!!. His pants, shirts, shoe and wallets were abandoned at the lady's home. He had no money with him but returned from his unlighted bungalow with a $50 note for me, with no change required. He asked me not to reveal his secret rendezvous to anyone. With that amount of tip, I saw no evil and heard no sin.
A Fabulous Lady in Red 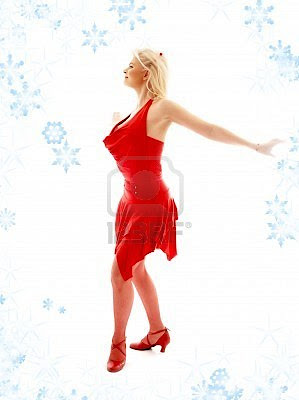 The second story took place in this inclement weather of November, which was miserable for night driving. With heavy rain and gusty wind, most roads were covered with puddles of streaming water and were unbelievably slippery. At around 7pm, I pulled into this long, sloping driveway into a huge white colonial bungalow at  Goodwood Park Road, on a call booking. I manged to get half way up the driveway, in heavy rain and with gushing water at both sides of the driveway.

Soon, the side door opened up and a Caucasian lady dressed to the nines stepped out. She held an umbrella and was wearing a red dress with slits that went mid thigh, light nylons and a pair of red high-heel shoes. Her blonde hair was immaculate and she looked like she had spent all day getting ready. As she slowly stepped down the stairs to the driveway, she incredibly stepped on "something" at the driveway! Both her feet slipped out from under her and she went flying into the air, screaming and landed flat on her back right in the beams of my headlights.


I realized that under that beautiful red dress, she was wearing nothing else! I pretended I saw nothing and picked my jaw up off the steering wheel! Just then her husband came running out of the house to give her a hand. Both were soaked to the skin in the rain. Surprisingly, they both wanted to continue with their outing and got into the cab. The lady was crying because her hair was a total mess and her nylons were torn. Along the way, the lady phoned her friend and asked her to bring some nylons and a pair of panties with her!.

Now, what can I say about these two out-of-the-ordinary encounters. Well, it certainly provided me with rich materials for my blog and were also a source of entertainment to help me pass the tedious driving time.Those were the "perks" of my job.
Posted by Diary of a Singaorean Cabby at 9:48 pm