Although it has been almost 5 years since I became a cabby, memories of the first few passengers on the first day of my job are still crystal clear in my mind. And when I think of the emotions I experienced on that first day, such as anxiety due to woefully inadequate road knowledge, apprehension of a rookie into a new job and the hilarious mistakes I made, it still makes me laugh. 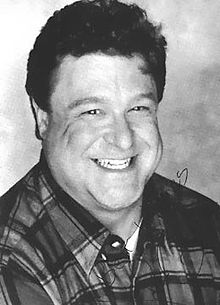 1. My First Passenger.
My wife was my first non-paying passenger in my taxi as I sent her to work in the morning at Portstown Road. In my mind, I assumed that she was an actual passenger so as to calm my nervy self, boast my confidence and gain that little bit of experience. But after dropping her, I began to wonder where to go and felt intimidated by the prospect of picking real passenger off the roads. I paused for a few minutes at the side of the road and my mind began to run wild with all sorts of negative thoughts, like why was I in that "predicament" as a cabby at such an advanced age and not a retired millionaire, like one of my "Forbes Listed" friend . Finally, I knocked my head lightly against the steering wheel and said to myself, "Just Do It", like the Nike slogan.

I drove straight towards Mount Senai residential estate, hoping to find my first passenger. At the gate of a condominium, I saw a Caucasian man waving at me and drove excitingly toward him like I had just caught a fish. He was my first passenger, a fat Caucasian man in his late fifties, with a big belly, curly black hair, in a short sleeve checkered shirt and brown trouser. He looks like a typical offshore worker in the lower management ladder, resembling a Mr. John Goodman, an actor.
"Claymore Road, please". he said before I could greet him.
"Ok, Sir."I replied in a confident tone as I knew where the road was. My initial worries and anxieties of not knowing my passenger's destination were all gone. I drove with ease, though a bit worried for unexpected changes of destination and dropped him correctly at his office in Orchard Tower. He paid me the exact fare of $7.50 and disappeared. It was a good start as I didn't have any problem with my first passenger but something happened after he left. 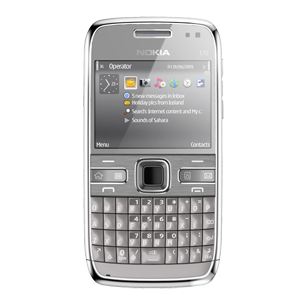 As I drove a few meters down the road towards Shaw Center, a continuous beeping sound rung inside my taxi. I had no idea what the sound was or where it was coming from. In my nervy state of mind, I reckoned it could be a sound from my taxi fair meter. Concern about a faulty meter, I immediately called my Indian hirer for help . As I was talking to him about the mysterious sound, I suddenly caught sight of a cell phone ringing at the back seat of my taxi. Instantly I realized the mysterious sound was from a cell phone, not my taxi meter. How stupid of me. I answered the call and the lady voice on the other end of the line asked me to return the cell phone to her husband at where I left him earlier. Without a second thought, I turned my taxi around and met the burly man at the same spot where I dropped him a few minutes earlier. He thanked me as I handed over the cell phone and rewarded me with a $5 tip. I accepted it happily and thought to myself, "all wells that ends well". On hindsight, I wonder why I could not recognize the sound of a ringing cell phone.and how could I had foolishly thought it was my fair meter.  Sheer anxiety on a first job probably destroyed all my common sense and made me a foolish old man, who made a hilarious mistake.

2. Second and Third Passengers.
A second later, I picked up a middle age lady at the taxi stand in front of Orchard Tower. She wanted to go to a Chinese temple at Jln Seh Chuan in Bukit Timah Road. I was greatly relieved as I had been to that temple before and knew exactly how to get her there. She carried a large amount of fresh flower, neatly packed in translucent plastic sheets and boxes of incenses. I helped her to load the stuffs into the trunk and back seat of my taxi. As a rookie, I was not chatty and did not inquired as how she manage to move around with such a big load of merchandises. At the temple, two men were already waiting to help with her with the logistic of the merchandises. She paid the fare of $12 and we parted company. It was an uneventful trip and I was glad for it.

A few meters down the road, a Korean youth boarded and said  in halting English "Uncle, "Taka", please"
"What is Taka" I asked.
"Takashimaya at Orchard". he explained.
"Ok, no problem". I replied gladly.
Again, I knew how to get there but "OMG" (Oh My God) I had no idea where the taxi stand was in "Taka". When we reached Orchard Road, I asked the Korean youth to guide me to the taxi stand. But he had no idea too. In desperation, I proposed to drop him along the main Orchard Road and he walked into "Taka" by jumping over a few shrubs. He agreed and I stopped with a "Just Do It" attitude for nearly 5 minutes at that busy main road, as he slowly paid his fare. It was my longest dreadful five minutes. Luckily. I did not received any traffic summon. On hindsight, a traffic fine would have swept away my earning of a week. 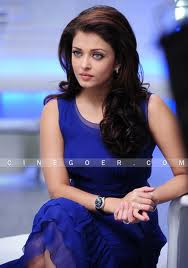 3. Final Passenger
At the Outram MRT taxi stand, an amazingly attractive Indian lady, with long silky hair, blue dress in her twenties boarded my taxi and said, "Uncle, please go to Kaki Bukit."
"Madam, I don't know how to go to Kaki Bukit. Today is my  first day as a taxi driver". I said humbly in a nervous voice.
She said she could understand how difficult and nerve cracking it was to be a new taxi driver.
The lady was polite and gracious but she had never been to Kaki Bukit too. She was reporting for work on her first day. I suggested that she take another taxi behind me but she declined and said she could probably direct me when we get to Eunos Road.
I replied gladly, "Sure"
I drove into CTE, exited into PIE  and reached Eunos Road in a matter of minutes. As I drove slowly along Eunos Road, both of us began to scan for signboard that shows roads leading to Kaki Bukit. But we couldn't find any after nearly fifteen minutes. I made many right and left turns into many lanes and roads until I was totally confused. Eventually, we cul-de-sac at Paya Lebar Airbase, a dead end and I realized we were lost. Feeling terribly embarrassed, I apologized profusely and immediately called my hirer and described to him my location and intended destination. I wrote down his road instruction carefully in my note book and followed it closely to the word. I should've contacted my hirer earlier for help but was reluctant to do so out of false self confidence and pride.

Finally, we reached our destination at Kaki Bukit Ave 4 after nearly an hour. All those while, the Indian lady did not alter a word of exasperation but remained calm and polite. The fare was over $20, much more than if I had taken the right route. I apologized and offered to take $10. The lady paid in full and said to me before she left, "It's ok, uncle. Don't worry about it".

I felt deeply touched and indebted to her, not for the discount that she didn't take but for her kindness, forbearing and understanding. She could have taken another taxi when I told her I didn't know the way. But she gave me a chance to learn. I prayed that she was not late for her work and her new employer would treat her well. I'll never forget her in my lifetime.

On hindsight, I thought of how the little things you do in your daily life that will impact the lives of others, without you even knowing it.
Posted by Diary of a Singaorean Cabby at 9:24 am

Agree! Set the table the night before. Make a list of every serving spoon needed so you don’t have to worry. Put everything out for tableware the morning of so while you cook and assemble the dinner you have the settings all taken care of. Make a small list of jobs others can help with- like filling water glasses and refreshing wine.
dai ly ca do bong da truc tuyen
đại lý cá độ online
đại lý cá cược bóng đá trên mạng