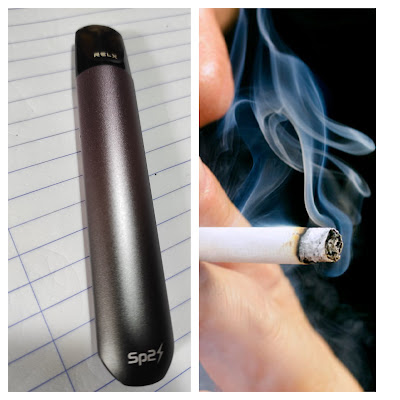 I have been smoking a pack of 20 cigarettes a day for the past 50 years and at the present price of cigarettes, I spent about $350 a month, all because of an addictive habit.

When I took up this lethal smoking habit as a teenager in the late sixties, my parents, male siblings, and aunties were all smokers too. My dad died of lung cancer at 60 and my mother died of heart disease at 80 due mainly to smoking. Most of my siblings are still smokers.

I know I'll die a premature death of lung cancer or heart disease if I continue my deadly habit.

Stopping smoking is a doddle thing but it's easier said than done.

Most health experts would say that all it requires is the decision that you really want to quit.

So, I must stop smoking immediately, you would say.

Honestly, I tried to snub it out thrice in the last 50 years, and each time it lasted for 3 years...a long period by any measure. But somehow, for various unexplainable reasons and solely myself to blame, I smoke again till today. sighs.

In reality, I don't have the luxury of many more three years to try quitting smoking.

In the early days of the seventies, help to quit smoking were few but today helps are readily available in many means and from various agencies.

Ultimately to snub it out for good or not, boils down to me making a choice.

Having been told that quitting will be awful, many smokers are inclined to give up.....the "giving-up".

I did try and failed three times as I said earlier.

I believe nothing is better than to stop smoking instantly but from the experience of my past, I want to take a small step first.

Perhaps, I should try vaping.

I learned that The Royal College of Physicians of the UK says E-cigarettes are likely to bring benefits to public health and should be widely promoted to smokers to help them quit tobacco,

In a report likely to further fuel a debate over electronic cigarettes, the influential British doctor's group stressed that tobacco smoking is both addictive and lethal, and concluded that e-cigarettes are "much safer than smoking".

E-cigarettes are not a gateway to smoking, the RCP said, and do not lead to the normalization of the habit - two issues often cited by critics who fear the devices can lure children and young people into smoking habits.

"None of these products has to date attracted significant use among adult never-smokers, or demonstrated evidence of significant gateway progression into smoking among young people," the RCP's 200-page report said.

E-cigarettes, which heat nicotine-laced liquid into vapor, have rapidly grown into a global market for "vaping" products that were estimated at around US$7 billion in 2015.

Tobacco smoking kills half of all smokers, plus at least another 600,000 people a year as non-smokers via second-hand smoke.

According to the World Health Organization (WHO), this makes it the world's biggest preventable killer, with a predicted death toll of a billion by the end of the century.

Many public health experts think e-cigarettes, or vapes, which do not contain tobacco, are a lower-risk alternative to smoking, but some questions remain about their long-term safety.

Unlike tobacco, nicotine does not cause cancer, or heart and lung diseases.

Electronic cigarette vapor does not contain smoke, which is why vaping is much less harmful.

The ideal situation is for people not to smoke, to begin with, but when someone is hooked on smoking, smokers should be encouraged to use nicotine "delivered in a cleaner form than in deadly cigarettes".

This is what tobacco harm reduction is - it reduces the harm from tobacco while recognizing that some people will still use nicotine in other safer forms."

I believe switching to vaping is a positive and sensible life choice for me.

Now, do you trust this ex-MP who lost his seat recently in Sengkang GRC and is an ordinary businessman and lawyer or a world-renowned medical establishment and specialist doctor?

I rather bet on the latter.

The final decision to unfriend my 20 daily cigarettes felt like the flicking of a switch.

Instead of reminding myself continually about the breaks, I was missing----I simply shut down all thoughts of them and when the craving for nicotine comes, I vape a puff or two.

But the challenges are by no means insurmountable and those cessation aid (e-liquefier) are not what you really need.

Sadly, nicotine-laced liquids in e-cigarettes are not currently regulated in a number of countries.

It is for these reasons among others that many healthcare providers do not recommend e-cigarettes as a safe alternative, although many researchers believe that e-cigarettes are likely to be better than combustible cigarettes.

Now, vaping is not harmless but it is much less harmful than smoking. This is NOT a misconception as advocated by this "G", period.

In its most comprehensive review yet of vaping harms published in April this year, The Australian National University for Epidemiology and Population Health found that there was conclusive evidence that e-cigarettes caused poisoning, injuries, burns, and immediate toxicity through inhalation, including seizures but No mention at all about deadly cancer and heart diseases.

Needless to say, the healthiest option is NOT to vape or smoke.

Don't vape if you don't smoke. Only vape to quit smoking.

I have not smoked a stick of cigarettes for the past 12 days since I tried vaping.

I'll let the debate and controversy between cigarette smoking and vaping continue endlessly.

Meanwhile, I hope to end my relationship with vaping too in a month or so and become a non-smoker. 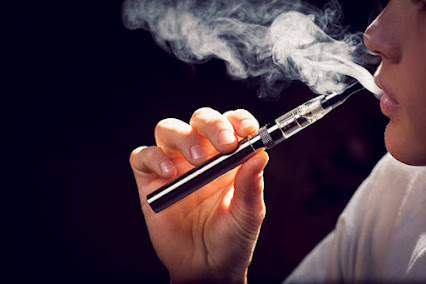 Posted by Diary of a Singaorean Cabby at 6:22 pm

Good for you. Pays to stop smoking. Luckily for me, I managed to stop about 35 years ago. Took many tries, though. Good luck.

Hi, Anon,
Yes, vaping is banned in Singapore.
Read here ( https://www.todayonline.com/commentary/why-singapore-bans-e-cigarettes ) to know the reasons on why it's banned in Singapore.
The Senior Government Officer who wrote the reasons for banning e-cigarettes is a defeated PAP MP who contested in Sengkang GRC recently. He is not a doctor but an ordinary businessman and lawyer. Do you trust his medical knowledge of what he wrote on e-cigarettes or world-renowned medical establishments and doctors? I for one will not smoke a tobacco cigarette and e-cigarette at the same time. The only reason I switched to vaping is hoping to quit smoking. Why is this "G" not encouraging me to quit smoking by any means but instead banning the one mean which is extremely effective?

Hi. I read this on TR emeritus. Redirected myself to your blog. It's a nice one. With some very warm stories. Could you please post a recent photo of your corridor garden.