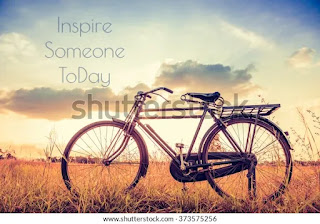 Recently, I bought a 20” folder bike from my brother’s shop at cost price and have been cycling leisurely around Bukit Panjang Estate, my birthplace.

Initially, I cycle only on footpaths and mostly to have my breakfast at nearby coffee shops, hawker centers, and food courts.

Hopefully, after a few more months of cycling, I could venture to other interesting places around my birthplace.

At 75, my stamina and legs are naturally weak from years of sedentary living and working behind a desk for most of my working life and cooped behind the steering of a taxi for the last 10 years. As a lazy bone by nature, I seldom exercise.

When cycling, I can’t complete a minor slope and had to push my bike at every slope. Usually, I’m out of breath after 10 minutes of pedaling.

Nowadays, memories of my halcyon days seem to surface more frequently and vividly than things that happened yesterday.

I can remember my first bike, first fight, and first smoke 60 years ago but I can’t remember what I bought at the supermarket nor what movies I watched on Netflix yesterday.

In this post, I would like to embed some of my fond childhood memories as fun reading for my next generation and you before probable dementia caught up with me.

Growing up in a village as a kid in the fifties, my simple joys were catching fish and spiders, swimming in muddy longkang (drains), flying kites, playing marbles, kasing (spinning tops), and cycling.

My most unforgettable childhood memories are my cycling experience and exploits.

My father worked as a bicycle repairer in his uncle’s bicycle shop along the busy Bukit Panjang road towards Woodlands, near the police station.

He never quit his only job till his uncle’s passing and his son transformed the bicycle shop into a stationery shop.

My dad was then rendered jobless.

Fortunately, my astute grandmother secured a hut, the size of a parking lot, from her close friend in “Ya Sua Bei” (Bukit Panjang Village) and converted it to a “shop” for my father's bicycle business.

With this tiny shop, my dad was able to feed his large family of ten kids by providing bicycle repair services. No new bicycle was sold there.

Today, my younger brother owns a subsidized HDB bicycle shop in Bukit Batok from this tiny hut under the Government resettlement scheme in the late seventies.

In the fifties, owning a bicycle was a luxury and most bicycles were the “work-horse” (above photo) type used for transportation of goods and travel. None were the sporting or pleasure type like the BMX or Brompton bikes of today.

My dad’s shop was the only bicycle shop in the village and he had an absolute monopoly in his trade.

On their way to work in the morning, villagers would place their faulty bicycles at the shop for repair and return in the evening to collect them. At times, repaired bicycles were uncollected for days

These uncollected bicycles provided me the opportunity to utilize them for my pleasure in cycling, as owning one was beyond my means as a kid.

After school, I would sneak into the shop and ride off in one without my dad's knowledge.

When he came to know of my mischievous activities, he would fatherly warn me to ride safely and return the bike by evening. He was a wonderful and loving dad.

Nobody taught me how to ride a bike.

I was never scared of injuries from falling and my cycling ability somehow came intuitively.

At 10 years old, most bicycles were taller than me.

I could not place my buttock on the seat as my legs were too short to reach the pedals.

To cycle, I had to place my body through the bicycle frame and pedaled, with hands-on the handle above my head. I was like a monkey riding a big bicycle in a circus show.

I had countless falls, bruises, and injuries when I started cycling in this manner but I never gave up.

With constant practice at cycling within the vicinity of my daddy shop, my confidence and cycling skills improved remarkably within a short time.

Bukit Panjang Village in the fifties was largely forested with a few vegetable and fruit farms, fish ponds, attap dwellings, a stone quarry, and many shallow streams. 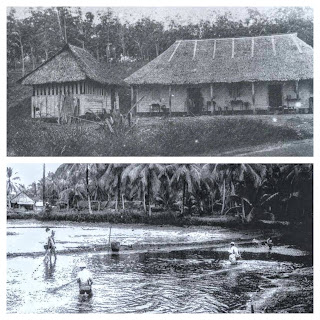 Most villagers live in clusters of attap or zine roofed houses around the trunk road leading to the city.

With confidence in my riding skill, I would ride deep into the forested village with mostly rough terrains of bumpy potholes, gravel, stone, jagged paths, and narrow wooden bridges crossing shallow streams.

I could explore and cycle to any place in the village I desire and that sensation of freedom made me feel like I was an eagle soaring through the sky at will. Those were the happiest moments of my life.

That was when I fell in love with cycling and it rewarded me with amazing memories of my childhood days.

I remember riding into a fruit farm to pluck low-lying rambutans and falling into a shallow stream when the dilapidated wooden bridge gave way. I survived the fall without fatal injuries.

I had ferocious dogs barking and chasing me when I cycled past a villager's attap house unannounced and the owner screaming at me to get lost. In one incident, I was bitten at a leg and the bite marks of four holes remain visible till today.

However, one of my most unforgettable incidents was riding downhill and suddenly ridding over an enormously large python crossing my narrow path.

I almost fell from my bike on impact but managed to maintain my balance and rode off safely. If I had fallen and fainted, the merciless large python could have been strangled me to death. Amen!

When I entered secondary school at 13, I think my dad gave me a customer’s discarded bike. But, honestly, I can’t remember how I came to own a bike.

By then I was taller and could ride comfortably with my butt on the seat and legs at the pedals.

On most days, I cycle to school at Bukit Panjang High School with a schoolmate as my passenger.

We took turns to either be a rider or a pillion rider.

Like me, he is now retired and was an editor (only job) of Shin Min Daily News.

With one bike, I remember cycling with him from Bukit Panjang to Haw Par Villa (Tiger Balm Garden) at Pasir Panjang and taking many photos with the thousands of statues and dioramas.

On another occasion, we cycled to Mount Emily Swimming Pool at Upper Wilkie Road before it closed in 1982. It was one of only four or five public swimming pools in Singapore.

One of the craziest things we did with my bike was used it like F1 racing motor-bike.

When the first Singapore Grand Prix for motorbike race was held in 1962 at Thomson Road, we imagined we were motorbike racers too.

We blithely took turns to use one bike and raced against each other in ten rounds within the basketball courts. Whoever clocks the fastest time was the winner with no prizes, just pure excitement, and thrills.

We broke the bike, injured our elbows, and returned home with lots of bruises and scolding.

We were adventurous, young, strong with lots of leg power and stamina but having to do well in school took us away from cycling more often than we like.

In my youth, cycling became less frequent and eventually became a non-activity when I started working.

I want to enjoy the open air, sun on my face, and wind in my hair plus the sound and smell of the great outdoors while I still can.

And Today happens to be the 1st day of the Chinese Lunar New Year of the Tiger (2022).

As I stayed alone in my flat with no visitors, I either hopped onto my bike or write this story.

I chose the latter. 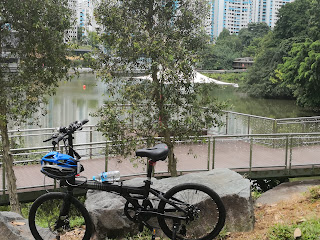 I am of your vintage and your article reminded me I could rent a bike from the local bike shop near Katong for 20cents an hour.

Happy New Year to you!!! I am sorry to hear that dementia is catching up with you. I hope you can write more what you can remember, share your memories and feeling, and one day even when you forget it all, you can reread your own writing and remember it all over again.
Cycling is my favourite too, and like what you said above, the freedom when you cycle, as if you are an Eagle soaring to the sky, that was what I felt too. Anyway, stay safe, keep writing and take care!!!

Hi, Overcome Life
Wishing You A Fun-filled & Happy New Year too.
Dementia hasn't caught up with me yet. Thank God.
Glad you like cycling too.Cheers!!
Regards
James Lim

Oh thank God it hasn't You wrote as if you had. Wish you a life long good health and happiness lah!!! Cheers!!!

Wishing you a Happy & Prosperous New Year! I can't help but make a guess that your dialect is probably Heng Hua (from the Province of Putien). My wife is a Heng Hua by dialect, she comes from a generation of families dealing from bicycle, motorcycle to car spare parts. Enjoy your bicycle rides!

Hi William,
Right here, wishing You a Happy & Healthy New Year too!
My maternal mother's ancestors are unknown as she was adopted (sim-pu-kia)but my father's ancestors are from Fujian in the district of "AnKuay"(sound like that). My cycling activities are fooling around leisurely. Cheers!!
Regards
James Lim