Camera In Cabs...Good or Bad? 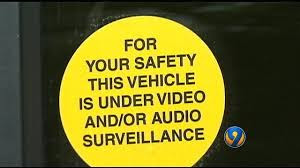 When you drive a cab, you never know who will show up as your next rider.  It’s like running a hawker food stall. A customer appears in front of you, places the order, sometimes you chat with him/her for a while, then he/she exits and the next one appears in a minute or from the "Q".  It’s quite a fascinating human setting, especially in a busy city like Singapore where influential-executives frequently moves around conveniently in cabs.

Recently, I  picked up a forty-something years old passenger at LTA in Sin Ming Drive. My immediate thought was this guy could be an officer at LTA considering the meticulous way he was attired, with long sleeve white shirt, dark pants, and spectacle.

Along the ride, he made a perplexing statement to me and this statement, considering who he was, has kept me thinking about its meaning ever since.

This story is currently one of the most viral stories in social media, the press and radio talk shows. I’ve never written about it until now. And I do so now because I have got the privilege of hearing the view of the third party, who has the authority to press charges in a court of law against the other parties involved. I feel a need to share this information.

I guess by now you would know that I'm referring to the Facebook video of the "Go-Jek driver's dispute with a female rider who accuses him of kidnapping her".


My passenger was an Indian man who I estimated to be in his ‘40s.  I remember thinking that when I was a young man in the sixties, all important people in the Government services are either Indian or Malays especially in the Police Force. I had great respect and fear them because they were the law in the turbulent sixties in Singapore.

Honestly, I don’t recall how I got into a conversation with him, but somehow the following commentary emerged: he told me he is one of the investigating officers in the case and may charge the driver.

Knowing that I had a rare opportunity here, I tried to make the most of it in the limited time we would be together.  I know I asked him several questions which he was glad to answer, but there is only one thing I specifically remember asking his opinion about, something I’d already had some attention on for a few years. As a matter of fact, I've written a blog post on it " In-Camera - Good or Bad"

And that was this:  "Why is LTA reluctant to allow installation and full recording of video facing inward inside cabs".

It seemed to me that people are now very concerned about invasion of privacy than before. You see articles in the papers, magazines or hear people talking about it often.

When I was growing up in the late ‘50s and throughout the ‘60s, we were worried about our next meal or where to get a proper job. Who cares about who is looking at what or what was going around us.  I don’t know when this change occurred, but I supposed it was a gradual thing that may have started when people get more comfortable with a filled stomach — I don’t know.

I remember one specific incident which occurred during my secondary school days that was a pure invasion of a person's privacy. A pretty classmate whom I had a liking left her dairy on her chair after school. I took the liberty to read her diary and secretly returned to her desk without her knowledge.
That was bad but no harm was done to her. Her ignorance was bliss.

So I brought this up with my Indian passenger.  I asked him if cameras are allowed to record a person collecting his mails at a letterbox, traveling in a bus, trains, crossing traffic junctions, inside a bank, Government offices and in fact in most common areas, why NOT inside a cab?. Why the space inside a cab is different?  Are people in general only concerned about the invasion of privacy inside a cab and not at other places?

He thought about it for a moment and then he added this comment, and these were his exact words:

“When a person pays for the bills, they felt an entitlement. As a regulator, we look at it from all perspectives and comes to compromising solution for all”

I don’t remember if I asked him what he meant by that.  I don’t think I did, actually, maybe because we were at the end of the ride.

Anyway, what have I got to say about the episode of the Go-Jek driver and rider?.

Both parties made forgivable mistakes. Therefore, I avoid passing judgments.


SINGAPORE — The results of an online poll by national feedback and engagement unit REACH will be taken into consideration when authorities review regulations on In-Vehicle Recording Devices (IVRDs) in the coming months.
In a Facebook post on Thursday (6 June), Senior Minister of State for Transport Janil Puthucheary noted that REACH’s poll found that about two out of three respondents (64 per cent) supported the use of IVRDs to protect the interests of drivers and commuters.
The poll surveyed 1,000 Singapore residents aged 15 and above from 15 to 22 March.
“Most respondents felt that IVRDs can help protect both drivers and commuters,” added Dr Puthucheary. “Among respondents who supported the use of IVRDs, majority also felt that IVRDs should have both video and audio recordings to help with enforcement against inappropriate or violent behaviour.”
In a media release on the same day, REACH said that 89 per cent of the respondents in the online poll felt that IVRDs can help protect drivers or commuters from inappropriate or violent behaviour.


Currently, taxis, private-hire cars and limousines can install IVRDs to protect the interests of drivers and commuters, provided they meet Land Transport Authority (LTA) guidelines. These devices are to be installed only at LTA-authorised installation centres.
Las month, LTA announced its new guidelines on IVRD installation, in a bid to tackle fare evasion and abuse of drivers.
Under the new rules, the IVRDs can only capture video footage without audio, so passengers' conversations are not recorded.
The guidelines will kick in on 22 June.


SINGAPORE: Public service vehicles like taxis and private-hire cars can have inward-facing in-vehicle recording devices from Jun 22 after a new set of guidelines laid out by the Land Transport Authority (LTA) comes into effect.
In a news release on Tuesday (May 22), LTA said that these guidelines aim to "protect commuter safety" and also protect the driver from cases of fare evasion.
However, these devices cannot record audio so that commuters' conversations are not recorded, said LTA.

This blog post was featured in TREmeritus and I took the liberty to repost it here so that you may want to read some of the readers' comments. Thank you
http://www.tremeritus.net/2019/02/25/camera-in-cabs-good-or-bad/