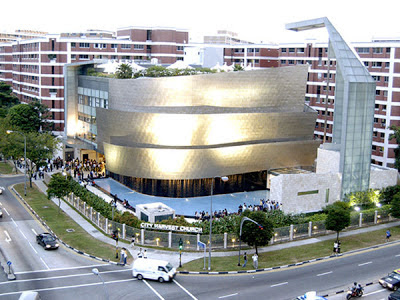 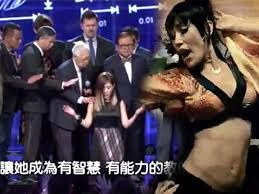 Brother Cabby please take good care, I would like to share with you that everyone has a past and even the saint has a past too. Nobody is without sin in this world. In a church, there are always good and bad people around. Treasure the good people that you have encountered as good memories and forgive those bad people you have encountered. You can try to go to another church for your faith. There are a lot of churches in Singapore. All the churches worship God also. Try to find a suitable church and continue your faith journey. Don’t hold your bitterness and blog about others mistakes. It is definitely won’t do you any glory also. By the way, i am a Catholic believer, Christians should try to love Christians. If cannot love then don’t hate. Life will be better when we have peace in our heart. Let the people at the CHC church experience themselves. Don’t bring them down using the internets. It is very damaging to the CHC church and those people who truly love the CHC church. Every church is not perfect and every human being is also not perfect. Let don’t judge them. God love you and may you find a church whom you love. Take good care. I would rather you use your mouth to curse and scold. After all your anger is vented out already. You can start a fresh. But to blog in the internet, will have a long damaging effect on the church and people. Hope you can do some good deeds for God. Thanks.

Hi Taxi Uncle, I really hope you can have peace and joy always. Faster go and join another church in Singapore to experience God again. There are many churches in Singapore. There are bound to have bad feelings when one person had left a place. Maybe is disappointment with something in our heart that is unable to make peace with it. Giving is voluntary. Can give then give, don’t want to give then don’t give. Those persons whom you mentioned had already went to jail. A lot of members had left also. The name of the church had suffered. The people in the church had to bear all kinds of verbal abuse, internal abuse, cursing, swearing and etc. I have personally left the CHC church after the pastor had finished his jail terms. There are a lot of churches in Singapore, join a church to continue your faith. Human beings always fail you but God won’t fail you. My personal opinion in giving offerings is always voluntary. You can don’t give if you don’t like. You can always exit the church if you don’t like. Life is simple and easy. I am not speaking up for the CHC church. I am only sharing with you on what being Christian means to me. Choose Love, choose life, choose peace, choose joy, but however you can choose war in your heart also. You can decide to choose which is more meaningful for a Christian yourself. Power, status, money, high quality life, etc or a simple and meaningful life. Please choose a church that you are comfortable with. You can throw the first stone if you think you are sinless. I will pray for you brother taxi uncle. Take care. By the way I am also a part time taxi driver and I am not ashamed on being a part time taxi driver. Happy with my life. Rocket driver or taxi driver all will die one day and God give all 24 hours a day. I don’t think rocket driver will live forever and taxi driver will live shorter life span. Cheers !