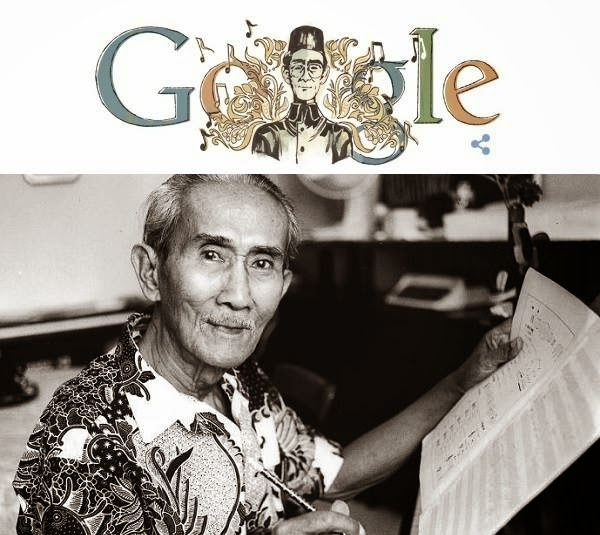 An uncle of my wife was a taxi driver for more than thirty years and died at 86 recently. When I first met him about two year ago at a wedding dinner, I was greatly impressed with his storytelling skill.

Old but lively as he was, he hypnotized me with his amazing anecdotes and stories of local celebrities he met during his long taxi driving career. He had a favorite celebrity and this was how he met him many years ago.

Early one evening in July, 1983, he was cruising down Scotts Road looking for a fare. A doorman from Asia Hotel hailed him and directed him into the driveway of the hotel. Waiting at the entrance was an elderly Malay couple.

The gentleman was rather frail and was assisted into his cab by the doorman. Their destination was Bedok. He was happy to meet people who were elderly but were still active and enjoying themselves. The couple were the enthusiastic conversational type and so they chatted happily on everything in Singapore. As he recalled, their conversation began on the subject of the Singapore after independence in 1965.

"What had changed after 20 years of independence?" the driver asked.

"Now, we have a national anthem and I wrote it" the old man replied proudly in English with a distinct Malay accent .

He was fascinated and delighted to learn that none other than Mr. Zubir Said ( (Link) was his passenger that night and this led to a brief conversation about the song and about his career.

Briefly, Mr. Zubir Said was a self-taught musician and worked as a songwriter for Cathay Keris Film Production for 12 years. In 1958, City Council approached him to compose a song for the city to be titled "Majulah Singapura", which was a motto to be displayed in the Victoria Theatre after its renovation.

When Singapore attained self government in 1959, the Government felt that a national anthem was needed to unite the different races in Singapore. It decided that the City Council's song, which was already popular, would serve this purpose. After Singapore's full independence from Malaysia on 9 August 1965, "Majulah Singapura" was formally adopted as the Republic's national anthem.

In a 1984 oral history interview, to sum up his philosophy when composing the anthem, Zubir cited the Malay proverb "Di mana bumi dipijak, di situ langit dijunjung" ("You should hold up the sky of the land where you live").

When they arrived at Bedok, he got out of the cab and came around to help the frail 80 plus Mr. Said out. He hold Mr. Said's hand and hoisted him up so he could get his legs into the proper exiting position. And the thought occurred to him that he had held the hand which had written our National Anthem - a song that is so much a part of our culture, heritage and something which Singaporean are always proud of. He felt it was an honor, really.

Yes, indeed a rare honor. Each time when I hear our National Anthem it reminds me of Mr. Zubir Said. If he is alive, he would be 107 years old today.

In his pioneering days, Mr. Zubir Said did not have an illustrious music career nor was he ever wealthy in his lifetime. He came to Singapore in 1928 at the age of 21, from the highland of W.Sumatra. He struggled to make a living as a local Malay musician, bandleader and part-time photographer. With natural musical talent and some luck, he eventually became a conductor and a songwriter for Shaw Brothers theater. Only in 1957, some 30 years later, did he received his first public recognition when his songs were performed at the Victoria Theaters. He never receive a Cultural Medallion but had a road named after him.

Pioneers of Singapore like Zubir Said, C.K. Tang, Tan Tock Seng, Tan Kah Kee and many others, are men who braved the rugged journey across the plains, mountains and seas, embody the spirit and soul of our country in our early days. They overcame the obstacles of the times to carve out a future and a country from an unyielding environment. It is that pioneer spirit we honor today in celebration of Mr. Zubir Said's birthday. I believe many young Singaporean don't even know who composed our National Anthem, not to mention the name, Mr. Zubir Said.

People should take pride and preserves the memories of the past today, so that they can keep alive the spirit and hope for tomorrow. Whether they pulled a bullock cart in Chinatown, carried night-soil buckets, bricks at building sites or simply walks and sells wares along streets, these pioneers came with a determination and a fighting spirit which stirs admiration in the hearts of all who are familiar with their trek. . . .

I think we should set aside "A Pioneer Day", not now, maybe 20 years down the road, to remember the sacrifices of those men and women who boldly came with just a dream and spirit, to open up this country that we enjoyed it so much today. We cannot thank them enough for their efforts.

Posted by Diary of a Singaorean Cabby at 3:06 pm

There is a road named after him near to Cathay cineleisure I think.

Yes, its called Zuir Said Drive, off Bras Basah Road after Handy Road. Luckily, I didn't recommend that we should name a road after him. LOL.

If you ask people today what is the name of our national anthem..
Some will say it's "mari kita". Lol.

Also remember other musicians that were vital to the development of the Singapore anthem and local music scene. People like Mr. Harry Martinez….. Thank you for your music and the lessons you taught.

"Never be selfish, impart your knowledge." Rest in Peace.

Hi :) its great to come across your blog. Recently i am involved in a car accident and I was a passenger in the taxi when the accident happened.
Luckily my family and I were not injured only suffered trauma and bruises. A day after the incident, I received a call from a lawyer ,soliciting his advise to represent me and file claims against the taxi company and the lawyer claimed that he was being introduced by the taxi driver . I am wondering is there any catch here ? Why do the taxi driver want to introduce a lawyer to claim against his taxi company when he was the one at fault as he failed to notice and hit into a stationary van.