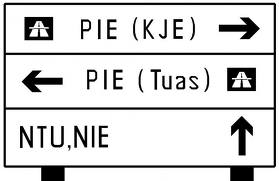 My blog is about my life and experiences as a cabby in Singapore. Hopefully, my today's posting about my observations and experiences of a few things uniquely Singapore will be helpful in widening my readers' perspectives of taxi drivers here. I hope you're not tired of the banality of my posts.

Now, I'm thinking frivolously of the word -"rank", which has all sorts of meanings. Rank could mean a position in an army or a taxi rank could mean a taxi queue or taxi stand. You could also use rank to emphasize something that's is terribly smelly.

For me, taxi rank is closest to my heart. You see, whenever I see an empty taxi rank, I can't resist the temptation to get in quickly and be the first in the rank instantly. But usually ranks have taxis on them and when you join one, you have to wait until you progress to the front before getting a customer. Believe me, more often than not. you have to make a long, long wait before you get a customer, especially at airport taxi rank. Frequently, it takes about an hour of waiting in an airport rank before a customer jumps in. So you can imagine when the customer wants to drop off just a few kilometers from the airport. like Simei or Pasir Ris, your heart shattered when the taxi fare is less than $10 (inclusive of $3 airport surcharge) and that's for an hour of frustrating wait in the airport rank. Well, just curse your dammed luck, buddy! Don't blame the passengers.!

At the same time, you can also imagine the attraction when a taxi driver sees an rank empty. But buddies, don't be too happy. Why a taxi rank is empty?. Usually, it's because there are no people around. I usually give myself ten minutes in an empty taxi rank. If no customers approaches by then, I would quickly move off to ply the road elsewhere.

Now, in uniquely Singapore, we have the ERP (Electronic Road Pricing) system, which is an electronic system of road pricing based on a pay-as-you-use principle. Adopted in 1998. Singapore was the first city in the world to implement an electronic toll road collection system with flexible pricing to control traffic congestion.

ERP gantries are placed around the CBD (Central Business District  - city areas), major expressways and heavily used roads. If a customer takes a cab inside the CBD from 5pm to midnight on every day of the week, they have to pay a surcharge of $3.

Most cabbies are seduced by this surcharge and converge into CBD like bees to honey. All ranks inside the CBD at popular shopping malls, like Lucky Plaza and office buildings in Suntec are lined with many, many taxis with some customers. Whereas, just outside the CBD, around the fringes taxi ranks at Far East Plaza, Orchard Tower, Vivo City, Mustafa Mall, etc..etc.., the ranks are empty without taxis but with many angry customers.

So, here we have a situation where there are NO taxis...with plenty of customers at fringes of CBD, but plenty of taxis...with few customers inside CBD. This is what I call "the CBD Dilemma" or a mismatch of supply and demand. This is indeed a problem that has plagued the taxi business here for a long time and nobody seems to have a solution for it or simply ignore it. Is our million dollar Transport Minister and LTA scholars sleeping on their jobs? LTA..wake up!!!

I may have a selfish solution to the CBD Dilemma. Please let me explain in my simplistic way.

It's natural for cabbies to prefer picking customers inside CBD to earn the $3 surcharge. They ply the streets for the money not for pleasure. Perhaps, LTA should designate some "popular fringes CBD taxi stands" with a location surcharge of $2 like the Singapore Expo Center in Changi. I think it's worth paying an extra $2 than endure a frustrating half an hour wait at taxi ranks. If you want faster service, you pay a little bit more. For example, if you want to have a new Singapore passport or a replacement within 24hours, ICA can oblige but you need to pay an extra expedient service charge of a few dollars.

In Singapore, nothing is free but when you are rich and can afford to pay a few extras dollars, you get to enjoy many privileges, like having half a box of the best toothpicks in an expensive restaurant. That's the sad reality of a capitalist society like Singapore. Money talks!!

By the way, taxi is not a public transport service like buses or MRT trains but a premium transport service run by self-employed drivers and private companies. I can hear screams of protests from taxi commuters, liao!. But in today's ST forum, someone suggested starting the $3 CBD surcharge earlier from 2pm instead of 5pm. Sure or not?

Anyway, when it's midnight without the $3 surcharge but instead the 50% midnight surcharge rolls in, it seems that all the taxis in Singapore (about 28,000) are out and everywhere looking for business. They would come like army of termites and cleared all the once-angry customers within minutes and soon, the streets are filled with hundreds of empty taxis hunting for the few customers left...it's a pathetic and poignant sight. Each will try to out race the other as soon as the traffic light turn green. Most of the time, they race for nothing.

As you can see, we taxi drivers had to strike when the iron is hot and make hay when the sun shine.

In conclusion, there are so many things I love about being a cabbie, mainly, the people and the adventure and the unpredictability of each shift. And of course, the flexible working hours. You're your own boss, with nobody breathing down your neck. But there are also a few things that I dislike, like traffic jams and accidents and all the abuses that some difficult customers heaped on cabbies. Well, take the heat or get out of the kitchen.

"After all being said, I now recall a Malay family of a mother and two teenage daughters in my cab last night. On the way, they were talking in Malay, which I don't understand. They talked and laughed, laughed and talked, for the whole journey. Nothing in this world seemed to be able to spoil their high spirit. And that's the spirit I like to adopt." ....by Dr.Cai Mingjie.. a ex-PhD taxi driver.
Posted by Diary of a Singaorean Cabby at 8:54 pm

As I stay at the East Coast, I always leave a $10 tip for the taxi driver whenever I return from my overseas trip. This is the right thing to do.

Why do I do this? Well, every time when I leave for overseas, I always see long queues of taxis at the airport and I guess that it must have been a really long wait for them. The scene is especially poignant at night when you see a long queue of lighted taxis before the terminals.

I'm really touched by your kind heart and empathy for taxi drivers.

Interesting reading gives an insight into the thoughts of taxi drivers and Singaporeans. I guess like all else in this world there are good and bad people everywhere. I have experienced a lot of not so nice taxi drivers. Really dissapointing as I travel mainly by taxi, sometimes I want to take a taxi, but will rather take public transport as taxi drivers can upset your day. My most recent episode I coughed in the car and the taxi driver totally abused me, turning around rolling down all the windows and aggressively saying you expect me to breathe in your germs. Yesterday hailed a taxi and he rolled down his window screamed out "WHERE!" and when the answer was not to his liking he sped away. There are a lot of good taxi drivers but the bad one's give the industry a bad name, and i do not think that most taxi drivers will think they have to be curteous and polite in this role.

The electronic cigarette has been in existence for almost Eight years and is a clever device aimed at providing smokers with a healthier option. Apparently also useful in helping to reduce and indeed quit smoking altogether.More niformation cbd

This is an website about uk.
Tunbridge town centre cabs

Hi,
I am Tassana from Mainichi newspaper, Japan Bangkok Bureau.
I am very interested in you life. Would you mind giving me an interview?
Please contact me by the email address tassana_aum@yahoo.com
Thank you very much

Hi,
I am Tassana from Mainichi newspaper, Japan, Bangkok bureau.
I am very interested in your life, Would you mind giving me an interview?
Please contact me as the below email address
tassanachat@gmail.com

Good blog posts. Thank you for sharing the insightful views of being a taxi driver. Very nice.