The Return of Condor Heroes. 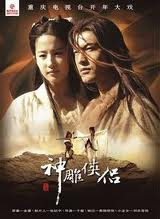 With a festive mood, a few thoughts flashed through my mind as I made this entry.

First, what have I done in the last 12 months that were meaningful and gratifying?. I could find only one - the start of this blog in mid-July. Frankly, I've no clear idea how and why I started this blog. Maybe it was an inspiration I got from reading and following Dr. Cai's blog. He was a PhD taxi driver with an interesting blog. Link:  http://web.archive.org/web/20100104012750/http://taxidiary.blogspot.com/ . I'm not like him. He is a learned scientist with great writing and story telling skills. But on the other hand, like him, I blog to make a dull driving job a bit more bearable and also enjoy telling interesting stories.

Second, what resolutions do I've for the New Year?, I know resolutions are hard to keep. So, I've only one. That is, to keep this blog going till the end of next year with about 4 postings per month. I believe this is an achievable target and an optimum one. Let me explain. If I continue to churn out 10-15 postings a month, a time will come when I'll find myself repeating boring stories in this blog. That would surely bring an early demise of my blog because nobody likes to read boring stories. I, for one, love to read short stories that can captivate my interest till the last page. I hate boring tales. I'm sure everyone feel the same.


Now, this bring me to my last thought of the day. I was thinking of one of my childhood friend  - Mr. Koo Ah Kow.  A friend I lost contact fifty years ago but memories of our friendship are still vivid in my mind. Let me tell you a bit about Mr. Koo. He was a brilliant writer and story teller even at the tender age of 12. Mr. Koo came from family tree of Chinese literature greats. His grandfather was a scholar and a migistrate during the Ming Dynasty. His father was a Chinese philosopher with many books in his name and retired as a famous hermit in Penang Hill. Mr. Koo must have inherited his love of, and talent for story-telling and writing from them.
In the early sixties, Koo was my neighbor in a "gangster-infected" village at Bukit Panjang and we attended the same secondary school. He was in the Chinese stream, while I was in the English stream at Bukit Panjang Govt. High School. We became good friends, communicate in Mandarin and goes to school together on my bicycle. His family was not rich and his allowances came mainly from the many articles and short stories he wrote to the local newspapers and magazines. Koo also won many monetary prices from story telling competitions in schools and community centers. His stories were Chinese legends, dazzling romances, stories with moral lessons and bawdy tales. I love his stories of Gu Long's (古龙) and Jin Yong's  (金庸)wuxia (martial arts and chivalry) genre. His ‘glittering eyes’ would hypnotized me throughout his story-telling of The Legend of the Condor Heroes (射鵰英雄傳) and The Return of the Condor Heroes (神鵰俠侶).

I became his good friend partly because I love his stories telling, albeit told in Mandarin. In those days, there were no television and movies were unaffordable. To enjoy our wuxia genre, we combined our meager allowance to rent the full series of wuxia stories in paperback. He would read a paperback in a day and tell me the story the following day. He was a prolific reader and I an addicted audience. We were a perfect pair of wuxia stories lover. Till today, I could still remember the many story lines of wuxia genre.

Koo did not attend university but left school to become a reporter with Shin Ming Daily in 1967 and rose to become their editor. He was the first reporter in that newspaper and it was his only job in his whole life. We lost touch after we moved from our kampong houses to HDB flats some forty-five years ago. In my formative years, I was blessed to have him as my close friend, as his upright characters and moral values then had an everlasting impact on mine. My love for Chinese classics and proficiency in Mandarin were his gift to me. God bless you, Koo Ah Kow!
Posted by Diary of a Singaorean Cabby at 5:46 am

If my blog can last to end of next year, I'll post of photo of myself.

almost there, keep it up, uncle James