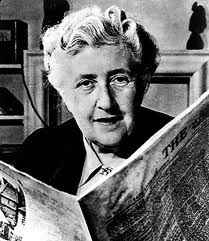 Monday, 12/12/2011, was the start of the new revised taxi fare, with increases almost across the board. Taxi commuters were up in arms against the hefty increases. Some had gone to the extend of creating a Facebook page to boycott of taxis from Comfort and SMRT! Why are there such heartless people around? Don't they know that the one suffering from a boycott are the taxi drivers, not the taxi companies or government. ... SIGHT!!!.... SIGht!!......sight!.........

Monday night for me was a slow night, nothing was moving. The phone booking was quiet and the taxi stands everywhere were full of idle cabs. Some drivers cruise the streets downtown hoping to catch a fare, others give up and call it an early night, others resign themselves to the situation. They park on a stand and wait. To relieve the boredom, they pull out a newspaper or book, talk on the phone, get out and chat with the other drivers, eat, sleep... anything.

What the hell was going on? Everybody was out but hardly anybody was taking a cab. Is the revised fare hike so bad no one can afford taxis anymore? Has everybody spontaneously decided to lose weight and get in shape by walking everywhere? Or was it because of the school holiday where everybody is out stations? In reality, for those willing to pay more, they were not short of taxis and waiting time were down sharply.

It was a miserable night for most cabbies, no doubt. I've read through the paper twice, something I've never done, ever. But I'm not perturbed because I know that commuters need time to adjust to the new fares and will come back.

Perhaps sensing my conviction, a current booking came in around midnight to pick someone at Admore Park. The final destination was the airport. It was my first booking for the night and a good one. I was absolutely delighted and rushed to the pickup point within minutes.

As I rolled into the lobby, there was an elegant, middle-aged white lady standing on the sidewalk holding a couple of overstuffed suitcases. I loaded her stuffs into the trunk. She opened the door, pushed her stuff over, then heaved herself into the taxi. I punched the meter and off we went.

"And how are we doing this evening?" said the woman in a voice that could fill an auditorium. It was a curious change in protocol, as I usually do the greeting.

Not really. In fact, it's been pretty slow.

"Well, maybe I'll change your luck for you," she said in cool, reassuring voice.

I'd appreciate that. Hope it goes both ways.

The woman was an over enthusiastic conversationalist and soon ventured into personal territory, asking my about my former jobs, family, friends, hobbies etc..etc... I don't usually reveal much of my personal life to anybody, much less a stranger. But she was different, especially her manner and sweet tone of her voice. While I usually do the asking, I found myself doing the talking. For the rest of the journey till the airport, I told the woman a bit about my growing up, my family, about how I lost my last job and became a taxi driver.......

At the airport, as she gathered her things, she told me, "You should stop driving a taxi and get to teaching as a private tutor. God bless you."

As I drove away, my head was swimming. Would I do as she told me? I didn't know. Still don't. But it certainly got me thinking. And, wouldn't you know it, my luck did change.

I booked more than $150 in fares. Not bad on any night.
Posted by Diary of a Singaorean Cabby at 5:49 am