A Dead Man in My Cab! 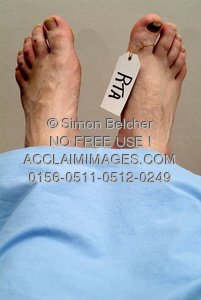 Last Monday was an appalling quiet night. It was like the worst night of the year. Since it was the last night of October, perhaps everybody decided to stay at home to wait for the pay check to arrive. Or perhaps it was because of the frequent heavy monsoon thunder storms. Whatever it was, I decided to call it an early night after collecting enough to cover my rental, fuel, cigarette, meals and drinks.

At 1am, I headed to my regular coffee shop in Jurong Central to meet my buddies. All were there, ready to create a ruckus through the night. It was fine though, as the surrounding buildings were all empty shop houses and shopping malls. The nearest residential apartments were almost a kilometer away.

"Hey buddy, sit here, have a drink. I've a shocking story to tell", my closest Indian buddy - "Roy" - beckoned me to sit beside him at a table with five other taxi buddies.

"What is the story this time"?. I asked jokingly.

This was his real life story that happened a few hours earlier:

At around 11pm, Roy picked two sixty something Chinese men at Geyland Road. They smelt of liquor and were soon fast asleep after giving their destinations. He dropped the first at nearby Upper Aljunied Road and proceeded towards Lionie Road to drop the second in Jurong.

The remaining man was still fast asleep like a child as Roy cruised along Braddell Road towards Jurong. He was breathing heavily but not snoring. Suddenly, Roy heard a few loud sound of the man gaping for air, like someone about to drown in a pool. He turned around and saw him slumped across the back seat, then motionless without a sound. Thinking that he had just passed out due to intoxication, Roy gave a hard slap on the man's thigh that was near the driver's seat. No response! He gave another harder slap, coupled with a loud scream at the man to wake up. Still no response. "Oh, shit. This is serious", Roy thought to himself.

He immediately stopped his cab and got out to have a close look at him. To his horror, Roy found him dead like log. As Mount Alvernia Hospital was near by, Roy had the presence of mind to quickly drive there, hoping that staffs at the hospital might resuscitate him. But it was too late. He was already dead while in Roy's cab. He must have died of a massive heart attack.

What happened in Roy's cab that night was something extra-ordinarary. We regularly read stories of babies begin born and cabbies dying inside a cab. But seldom do we read about a passenger dying inside a cab. Though Roy claimed that he is not a superstitious man, the next day he went to a Hindu temple to pray and cleans himself in holy water. He also made an appointment to see his cardiologist as he had stents inside his heart arteries.

A few days later, the dead man's relatives, in accordance with Chinese custom, gave Ray a Ang Pow ( small red envelope stuff with cash). This is to exorcize whatever bad luck that might falls on him and also bestows him with good fortune. Roy is still waiting for his million dollars from Singapore Big Sweep.
Elvis's Funeral Music Video

Posted by Diary of a Singaorean Cabby at 10:45 am