Reflections on my Present and Departed Friends. 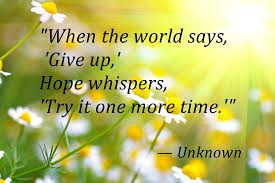 A dozen of my childhood friends had departed this world in the last decade.
I cherish the time we spent together and will never forget their unforgettable quotes.
In this post, I would like to share with you the antecedent of their departure and my fond memories of each one of them. But first, let me indulged on one of my best friends who is still alive today but is inching toward the end of his tunnel because of terrifying cancer.
I’ve known this friend "A" since we were 12 in secondary 1 (1961) of the same school. He is the guy who sold live chickens and ducks in the old Bukit Panjang Market in the sixties.
Today, both 75, we are still in touch on a regular basis, mostly on WhatsApp. He checks on me to make sure I’m still alive, that I did not die in my sleep the night before. I check on him too to give him my moral support and fix meeting dates to visit him in his house.
“A” is a marine engineer. By nature of his vocational training, he is analytical, rational and cautious in all his dealings and health.
In his youthful working years, he sailed round the world on commercial ships as a marine engineer and eventually landed in various engineering sales jobs on land.
After 30 years, he’s now the boss of his own marine products trading company, with annual revenue in millions.
Rightfully, he should start to relax and enjoy his life after years of toll, particularly when his Imperial College son is running the show.
Sadly, life is unpredictable and fate can be cruel. But he has the grit to overcome adversity.
(P.S. My dearest friend "A" passed away peacefully on 24th Sept 2021(one month after this post). He said he was proud of what were written about him in this post.
This morning (28th.Sept.2021), I sent off my good childhood friend, Goh Boh Leng (A) on his final journey to a better place.
On reaching home, I received a message from the son of my ex-taxi buddy, Johnny (Link : Why are you still driver at 73 ) that his father passed away peacefully today.
He was not a Covid case but was warded in ICU for about 10 day for observation after complaining of severe chill and fever.
Subsequently, he was downgraded to a normal ward in last one week. He called me one week ago to ask me to buy for him 4D. He sounded fine and  I reminded him to call me when he returned home.
I never received his call.
My friends are becoming lesser now. Rest-In-Peace My Departed Friends, Amen.)
I’ve another childhood friend “B” of 70+ age, in almost the same predicament as “A”.
“B” was a normal pioneer generation guy with a Senior Cambridge Certificate in the late sixties.
Jobs were hard to find in those days. Most cohorts join either the police, army, nurse or civil service.
Tall, well-build and handsome, “B” joined the army after secondary school and within a few years, rose to the rank of an enviable Captain.
He’s a calm, honest and lady’s man with no temper.
His only indulgence then was mahjong games with friends and smoking.
At the peak of his army career, another close friend of ours, invited him to join his expanding marine and shipbuilding company as his right-hand man.
The company prospered within two decades, so did “B”.
“B” became a multi-millionaire after the company was listed in the main board and subsequently sold to an Arab conglomerate for billions.
Deservedly, “B” retired and prepared for a life of relaxation.
Sadly again, fate is cruel on my friend “B”.
Within a few years into his retirement and out of the blue, he was afflicted with muscular dysfunctional diseases.
He is now wheel-chaired, almost blinded and needs a maid to help him perform his personal hygiene.
Why?....sighs...
Each time when I think of my good friends, “A” and “B”, my heart bleeds in sadness. 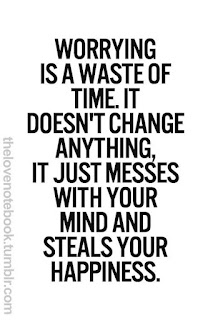 Posted by Diary of a Singaorean Cabby at 2:47 pm