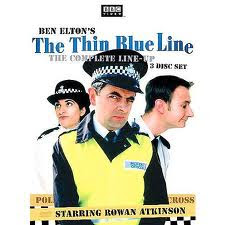 As a taxi driver, we had plenty of pretty mundane occurrences, nothing to write about. But there have been a few that have stayed in my memory for being specially amusing. I would like to share with you one such trivially funny occurrences.

It happened last week on Monday night in Jurong Island. With a lady customer in my cab, I was waiting at a traffic light junction in the sprawling Jurong Island when a police car pulled up next to me on my left. I took a quick look at my passenger and asked her to strap on her safety belt immediately. There were two cops in the car and the officer sitting in the passenger's side of the cruiser ordered me to lower my window.

The thought of a hole in my pocket raced through my mind. Do I have a headlight out? Did I drove above the speed limit? Did I make some kind of illegal turn earlier? Did I run a red light? I couldn't think of anything I'd done wrong, but who knows what they think? My God, this could cost me a few hundreds of dollars and put points on my license. And that could mean my license could be suspended as I already had 12 demerit point for speeding.

I lowered my window and braced myself with my heart pounding. The cop had a sour face. He looked like his girlfriend had ditched him or maybe he hadn't eaten in a long time, - and now he was going to take it all out on me. His mouth opened. These words came out:

"Do you know where Sumitomo Reclamation Site Office is?"

For the first time, I was asked for directions by a cop. It was a moral victory not only for myself, but for taxi drivers everywhere. I heaved a sight of relief and I looked at the cop with startled eyes. He looked at me with a grin. I saw him now not as a menace, but as a Mr. Bean. I couldn't resist rubbing it in a little.

"So you're asking me for directions," I said with a broad smile. "Well, It's complicated but if you follow me after I dropped my passenger, I can get you there but you got to pay me for the extra mileage "

I saw an opening to "fine" them and I took it. In a matter of minutes, I got them to where they wanted to go. They paid me $6 and I took it like any other fare. Though I lost the $6 on my weekend wager on their number plate but I won a moral victory against the cop.

Posted by Diary of a Singaorean Cabby at 10:26 pm