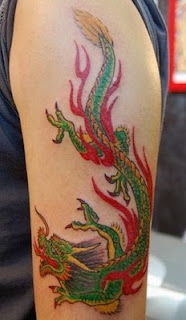 As a taxi driver I've seen some spontaneous decisions made in the back of my cab, usually influenced by alcohol. The most spectacular one I've witnessed is when a customers changed his destinations, it almost resulted in a disastrous happening in the end.

This was what happened.
It was almost midnight on a quiet Thursday. I had to quickly rushed towards city for my next customer after dropping my last passenger in Ponggol, a dead heartland after midnight. As usual, I took the roads that passed through the next equally quiet estate of Hougang, hopping to pick someone along the way. It would be a miracle if someone board my taxi in that estate at that late hour. Surprisingly, a miracle did happened. A middle aged Chinese man rushed out from nowhere to hail my taxi along the main road of Hougang Ave. 4.
As he settled at the back of my taxi,  I asked "Where would you like to go?.
"Please send me home to Toa Payoh." he answered hesitantly, after a long pause. He seem undecided where to go.

He was in his mid forties, wearing a plain short sleeve shirt and a pair of cheap jean. He had an oily face with thick eyebrows and his hair looked as if it had not tasted shampoo for weeks. But he had strong arms, with bulging muscles. like someone who works on a construction site with heavy tools. Despite the unpleasant odor of alcohol he brought into the taxi, I was glad to have a customer at that hour.
As I moved off, he tapped my shoulder and said apologetically in a soft voice, "Uncle, I want to change my destination. Please go to Serangoon Garden Estate first and then Toa Payoh."
I nodded silently accepting his request.
"And please drive as fast as possible"
"Ok, I'll try my best". I gave my usual short reply to customers who have such requests to create a mutual respect atmosphere.
"Uncle, please wait when we reached our destination, ok?", He came with another request. "You can let the meter ran while waiting".
"Ok"  I answered, looking at my fare meter. It was passed midnight and a 50% midnight surcharge had kicked in, which meant he had to pay 50% more on top of the meter fair.
I started to ponder on his requests and guessed that he just wanted to wait for a short while to pick someone up and then move on.
But I was in for a complete surprise.
"If I've money, I'll have many girlfriends". he suddenly screamed at the top of his voice. I was shocked and quickly asked "What's the problem, man?.
"Sorry, Uncle, I'm very angry with my girlfriend. I think she's cheating on me". His aggressive scream turned into a scornful mumble.
"Oh, I see. Take it easy, man" I tried to calm him down.

Soon, we reached the private estate, with rows of semi-detached houses on both side of a one-way road. He directed me to park my taxi in an empty lot with other cars parked on one side of the road. The place was dimly lighted, almost dark and my taxi was covered under the shadow of a huge tree. It was a perfect spot for surveillance work. He implored me to switch off all my lights and lay in wait with him.
"Uncle, that's my girlfriend house' He pointed to a house about 10 meters behind us."
"I want to check who send my girlfriend home. If he's whom I think he is, I'll smash him into pieces" He clenched his right hand in a tight fists and his upper arm were covered in tattoos of what seemed like a dragon. He was a fierce man with a threatening look when he was angry but otherwise a gentleman when calm. With such an erratic and fierce tiger in my cab, I could not reject his request to be his "accomplice" at that point in time. Moreover, he had done nothing illegal. We were just waiting inside my taxi with the meter running and he was paying for every minute of my time. But I realized that I had turned into a P.I. (private investigator) beyond my control.

As the minutes tickled away, there were no signs of his girlfriend or any private car passing us, except three taxi. While we waited, he did not reveal much of his private life and we killed the time listening to a CD. After thirty minutes of wait, he slowly began to lose his patience and said "Five more minutes, no sign, we move". I was happy on hearing that but then a car beam appeared in my rear view mirror. A private car was seen moving slowly toward us and stopped right infront of his girlfriend house. A slim lady in red dress came out of the car.

To my astonishment, my customer got out of my taxi and rushed straight towards his girlfriend. He pushed her aside and swore loudly with abusive words at a man who was at the driver seat inside the car. My customer looked like an enraged black bear on the attack, bent on eating the other man alive. A confrontation and a fight was inevitable. Suddenly. all the lights of his girlfriend's house lighted and the gate opened. An old couple came through the gates. My customer had a few quick words with the old couple and quickly walked back towards my taxi. He hopped in and told me in a hurried voice to move off. I was more than happy to do so and speed off like a jet. We did not speak to each other till we reached his final destination. He paid me $25. though the fare was $30 because that was all he had. I took the money, thanked him and left for my home.

During all this time as the drama unfolded, I was inside my taxi ready to jet off at the slightest sign of a life threatening situation. I certainly do not want to be a party to a criminal felony and later had to defend myself in a police station or a court of law. You can call me a coward or any worse name but I'm an old man with no physical ability to intervene in a fight. I drives a taxi for a living and have a family to take care.
Posted by Diary of a Singaorean Cabby at 9:07 am


This is the right webpage for anybody who hopes to find out about this topic. You realize so much its almost tough to argue with you (not that I actually would want to…HaHa). You definitely put a brand new spin on a subject that's been written about for many years. Wonderful stuff, just wonderful!visit my web blog..sbobet casinoThanks for the meal!! But yeah, thanks for spending the time to discuss this matter here on your site.