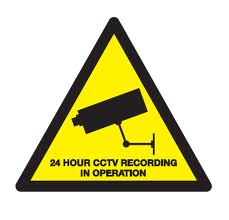 For those who have read my earlier update, they would know that I've been forced out of the road for three months because of accumulative traffic offenses. I've been hesitant to post here during my non-driving period, mainly because I've been busy doing part-time bookkeeping jobs to help pay my bills. And honestly, if blogging paid the bills, I'd probably do it a lot more. Anyway, those desk bound jobs of reading figures is boring and didn't pay well. I prefer cab driving. I'm now on the road again with my same partner doing the night shift.

During my three months of absence from the road, many cab related incidents were reported in local newspaper. The three prominent news were..... a cab driver was killed  by a Ferrari driven by a Chinese national, who beat a traffic light at high speed, ......another cab driver was slashed in an unprovoked attack in the early morning hours somewhere in Jurong, ........And another cab driver was beaten unconscious by Korean male passenger who complained about his "lousy" taxi. Of course, many other nasty incidents did happened in the same period that goes unreported. However, these three reported incidents might give the impression that cab driving is a hazardous job in Singapore. But I don't think so. Why? Because at anytime, there are at least 15,000 taxis on the road plying passengers. Most passengers are normal, decent human begins who abide the law. In any society, there will always be some "odd-balls" around but these are droplets in an ocean. So, it's perfectly safe to be a cab driver on Singapore road. However, one must be cautious when driving and be "street-smart" to forestall and avoid unforeseeable incidents. The rest we leave fate to decide our destiny. Honestly, the safest haven is the nearest police car or station for all drivers.

Now, on the subject of cabby safety, I got an email invitation from 938 to do an interview with them recently>

I am a news feature producer with Mediacorp radio station, 938 Live.  I was just at your blog, cabby65 at blogspot, and am interested in your views.

I'd like to interview you on whether you feel safe on Singapore roads when you drive your taxi and what further measures could be taken to protect taxi drivers from attacks by passengers.

This is for a weekly 5-minute news feature to be broadcast on 938 Live this Thursday at 5.10pm.  I would like to conduct a face-to-face interview either tomorrow evening (Tue) after 7pm, or on Wednesday before 3pm if possible.  We can arrange to meet and have the interview recorded at a relatively quiet spot - it could be one of your usual taxi driver hangouts.

I didn't respond to the email because I'm publicity shy and I would like to use this opportunity to apologize for my non-reply and perhaps give my view like in a live interview.

In my view, deterrent is the best form of prevention.

In Singapore, CCTV is omnipresent in many public places like shopping malls, HDB lift landing areas, banks, ATM kiosks, hotels, schools, hospitals, popular roads/lanes etc..... Like it or not, "Big Brother is looking over our shoulders EVERYWHERE". Many households has CCTV at their front door too. Whether these household CCTV cameras are real or fake, most burglars would avoid households that has one displayed. It, therefore, acts as a deterrent. So, the same principle of deterrent can be applied inside a taxi. A bold red sticker reading "CCTV On Board" might deter prospective criminals or aggressors of taxi drivers.

If a real CCTV miniature camera is installed at an inconspicuous spot inside the taxi, the images captured could be relayed through the GPS system to the taxi operator control center but not into taxi drivers' hand. The facial images stored would certainly helps the police in any criminal investigations. To allay commuters fear of invasion of privacy,  the CCTV would runs for only a few seconds, not the entire trip.

The question is whether taxi operator is willing to invest million of dollars to protect taxi drivers. Frankly, they are more concern of their bottom line than anything else. As long as rental are collected, they do not care how the drivers survive or their safety. To save cost, some taxi operators instruct their taxi manufacturers to dispense with and remove the airbags of all taxis, despite the fact that airbags have save thousands of lives since their introduction in early 1980s. Toyota Wish taxis by Transcab do have airbags but not COMFORT, who has the largest fleet of taxis. Perhaps, they might be persuaded to spend a few thousand dollars on cheap "CCTV On Board" stickers with LTA's blessing.

Maybe my readers could help by giving some ideals on what further measures could be taken to protect taxi drivers and passengers. Thank you sincerely..

Posted by Diary of a Singaorean Cabby at 3:02 pm

Just like to point out that those Toyota Wish Taxi by transcab do have airbags, driver,passengers and side.

That is one main reasons I choose transcab wish over sonata..

Thanks for your alert. I'll edit my post to mention this point.

That's a nice suggestion, James! CCTV-equipped taxis would be helpful for travelers and taxi drivers. By equipping taxis with cameras, tourists are assured that the taxi drivers are behaving as they should while on the job. On the other hand, with cameras on board, taxi drivers can also rest assured that would-be thieves and robbers would be caught on cam if they ever tried anything dastardly. Price is sure to be a concern for some taxi operators. Perhaps they can have a trial period for a few taxis to make sure it's effective.

On some states and countries, taxis are required to have CCTV cameras to ensure the safety of both the driver and passenger(s). The CCTV camera is really an impressive gadget for it can help to deter crimes.

Most people think a CCTV on board taxi is useful for many obvious reasons but our LTA thinks that it would invade the privacy of passengers. And because the interests of passengers takes priority over everything else, therefore a CCTV inside taxi is a No-No thing. Just like this Government, they're always right and others are daft.

Really good to know about it. I am extremely happy
so nice

Flawless trademark. With all the development about mechanical security Polaroids, I think now is the perfect time to join the provisional trend. This would be immaculate on my online-shop's webpage as I've seen that fake buyers are starting to snoop around my page.
______________________________
Alarm system installation

and professional CCTV Camera Installation system in London for your home and Offices.