“If the annual salary of the Minister of Information, Communication and Arts is only $500,000, it may pose some problems when he discuss policies with media CEOs who earn millions of dollars because they need not listen to the minister’s ideas and proposals, hence a reasonable payout will help to maintain abit of dignity.”  said Dr. Lee Wee Kiat (PAP MP for Nee Soon) while defending the million dollar salary of Ministers.


A few thoughts flashed through my mind as I maneuvered through the busy road in Orchard at around 10pm on a Friday night. All the taxi stands were crowded with long lines of people, looking impatient to get home.

The first thought was the crowd of customers--they were all for my taking, but I could only do one job at a time.

The second thought was where would my customer's destinations be, Ponggol, Woodland or River Valley?.

The final thought was what kind of customers would be taking my taxi. Would they be kind and generous or rude and snobby? Like a call girl in a brothel, we get the job done, albeit for a short time, no matter what  kind customer they might be. The world has all kind of characters and is like a truck, loaded with different grain of rice in a harvest.

At the taxi stand in Plaza Singapura, I picked up a mid-twenty Chinese man at the head of the queue. He had that unmistakable snobbish milieus. He wore a black rim spectacle, with thick glass and collarless T-shirt coupled with a seasoned light blue jeans. He sounded like a local when he asked me to send him to Clake Quay, a mere 2 km away at most.

He did not altered a sound till we were near Clake Quay and asked me to drop him off at the bus stop in front of the "Swing".

About three meters before the bus stop, I saw two ladies frantically flagging me to pick them.
I immediately asked the chap whether I could stop him at where the ladies were standing and flagging instead of the bus stop.

"No", came a stern reply. I was stunned.

"I'm your customer. I've the right to stop where I want, clear". he spoke with a stiff upper lip like he is the upper class in society and raising his voice.

"Ok, no problem. I was just asking a favor" I replied with a louder voice angrily.

What a snob, I thought to myself. I could have refused to drop him at the bus stop as it's was offense but I was in no mood to argue with him.

"Ok, Stop the crab!. Don't spoil the day" I interrupted him.

"You already spoiled mine" he said angrily.

"So be it. Good riddance", I rebuked with a wary smile

He got out, slammed the door and walked away. 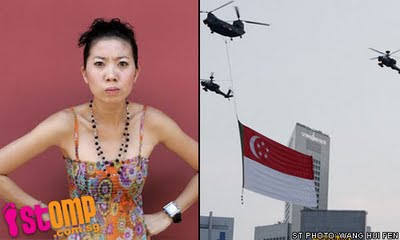 An hour later, an office lady boarded my taxi at Jalan Kilang, off Bukit Merah. She had just left her office and wanted to go home at Holland Dive. Before she came on board, she inquired whether she could pay by "CabCharge" which is a corporate charge card. I replied in the affirmative as only our company and CityCab had such payment options.

We soon arrived at her destination and the fare was $6.60. I swapped her card several times through my payment meter but the transaction could not be finalized. In desperation, I pleaded with the lady to pay me the fare in cash as I explained to her that my meter or computer system was probably faulty.

" Meter faulty? That's your problem, not mine", she said nonchalantly, totally devote of any empathy.

" I can claim the fare in person from my company in the morning but my bus fare would cost me more than $6.", I continued to plead with her.

"Sorry, I can't help. It's your problem, not mine". She stood firm on her stand.

"Ok, you may get out and help your company saves some money" I relented sarcastically, forgoing the fare.

Like the earlier snob, she got out, slammed the door and walked away.

On the way back to the city, I searched my soul for any trace of anything I might have done to make my two customers mad and honestly, I couldn't find any.

Many thoughts flashed through my mind again. With so many courtesy campaigns in our clean garden city, why is this place still littered with such garbage.

I was certain there must be some roses in this garden city. True enough, the next customer I picked at Balestier Road was a beautiful rose. 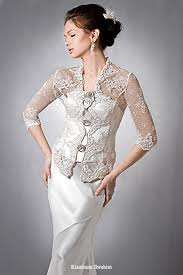 She was a slim Chinese lady in her early thirties with long smooth hair and dressed in a pink laced Malay dress -"sarong kubaya". She looked stunningly beautiful. As she settled comfortably at the back seat of my taxi, I smelt an aroma of beef curry and coconut flavored "chendol".

"I'm feeling hungry with the smell from your plastic bag" I said jokingly while taking a peek at her through my rear view mirror and starting off our journey.

"Oh, It's left over food. I just attended a "after-fast" dinner with Muslim friends." she replied with a broad smile that made her even more beautiful.

"Do you want some?". she asked me spontaneously as she tried to open her plastic bag.

"No, thanks, lady. I wish every customers are like you, so kind". I said with a loud sigh.

"What happen?" she asked with a surprise look.

As a chatty cabbie, I started to narrate the encounters I had earlier in the evening.

We talked happily as we cruised through the highway and soon we arrived at Tampinese St.21.  She paid me $15 though the meter fair was only $14. She also insisted that I've a package of her "chendol". I accepted it with thanks and was touched by her kindness and empathy, although I had to reluctantly discard the "chendol" later as it had turned soured when I wanted to eat it . Nevertheless, her simple act of kindness is embedded in my memory forever.

Honesty,  taxi commuters in Singapore are generally civic, kind and empathetic.Only a few are odd-balls.

Posted by Diary of a Singaorean Cabby at 2:20 am

i wld never be so snobbish towards cab drivers.. never was n never will be.. those assholes shd juz die n rot in hell

did u managed to get to the root of the problem with the charge card? was the card faulty or the machine faulty?

I really don't know whether it's the charge card or machine that's faulty. I can bear the lost because it's a small amount. What I was angry was the girl's attitude and remark> It's your problem NOT MINE> Such arrogant and heartless attitude will not get her far in her life.