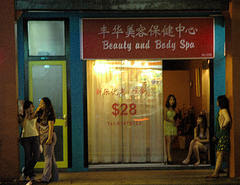 On many occasions, my passengers chose to converse and behave intimately in my cab like in the privacy of their bed, ignoring my presence. Their actions become a sources of free entertainment, embarrassment and insight into their private or office life for me. I can't avoid "spying" and eavesdropping on them nor can I intervene into their demeanor. Instead, I embrace them to pass the tedious driving time. In this posting, I would like to share some of such unsolicited incidents in my cab for your pleasurable reading.

On a Saturday evening, a young Chinese couple in their early thirties boarded my taxi at the beginning of Geyland Road and wanted to disembark at Jurong East. As we slowly inch our way through the heavy traffic, the wife suddenly commented, lifting her jaw to point at the prostitutes along the street.
"Wow, they look young and pretty,"
The husband, who never took his eyes off the street, responded instantly,
"The much prettier ones are inside and don't come out".
The wife was momentarily stunned but pursued indignantly and said,
"Yah, you also know how much they cost too?"
The husband realized he had taken the bait and ignited an explosive, said scornfully
"Why?" If the money is good, you want to do it too"
"Yes, why not". The wife replied with the fiery of a lion roar and it was certainly not a railery exchange. Hell hath no fury like a woman scorned.
"Nobody will want you.......Stop this rubbish, Ok?" the husband shouted and the animated conversation ended abruptly. Silence engulfed my cab and I smiled to myself at their not-so-friendly banter. 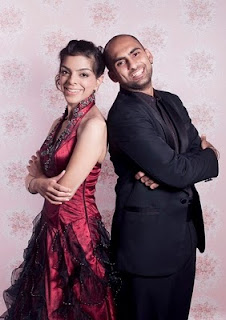 On a Sunday evening, a Indian man and a Filipino lady boarded my cab at the fringe of Bukit Timah forest and wanted to be taken to two places. First, a dormitory at Bukit Batok St 23 and later, a bungalow in Sixth Ave. Based on their destinations, I knew the man must be a shipyard worker and the lady a maid working for a rich family in Singapore.
The man's clothing was in a disarray, with crumpled shirt and unbutton khaki trouser. The lady's flowery skirts and her low cut T-shirt that clearly displayed her blossom, were also crumpled. They look like in a hurry to continue with an unfinished business. As soon as I started driving, he was all over her, his hand between her legs, lips locked, kissing affectionately. A few moments later, the lady started to whine in displeasure and murmured, "Hey, stop, you're hurting me".
"Ok, I'll do it slowly". the man whispered into her ears.
"No, stop it now", the lady demanded angrily and appeared in my rear view mirror.
Her face was puffy and hair in a mess. I knew they had a unsuccessful sexual session.
"Next week, meet again, Ok? the man asked.
"Ok". the lady replied.
They must have many previous rendezvous, filled with lust and sexual exploits. Soon, they departed at their respective destinations. 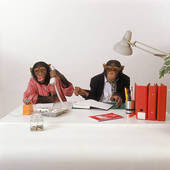 One Saturday evening, two men, one Caucasian and one Singaporean Chinese, boarded my taxi at Clarke Quay. They smelt of liquor and were heading to Orchard Tower, a notorious place with assorted Asian ladies of the night. Well dressed in impressive ties and suits, they look like lawyers or accountants climbing up the corporate ladders. They had benefited from our meritocratic system and life had treated them well.
"100,000 rupiah a bottle and girls, 500,000 rupiah whole night, dirt cheap, you know" the Chinese man exhorted.
"How much in Singapore dollars" asked the Caucasian man.
"Total $200 a night. It's only 45 minutes ferry ride from here" replied the Chinese man.
"Looks like Batam is a good place for a break and party" said the white man, nodding in agreement.
"Chinese girls are the best, but they are expensive here" explained the local man.
"John, the tall local lady in the pub earlier is the hottest babe and a "c...k-teaser". I sure like to climb her" the Caucasian man raved boisterously..
"Oh, no. that lady is our boss's wife" the Chinese man cautioned him.
"Hey, keep it a secret what I just told you, Ok?" the white man pleaded.
"Sure, the drinks on you later, Ok?. the local man replied with a wicked smile.
That brought to a conclusion their short live fantasies and the trip itself.
Posted by Diary of a Singaorean Cabby at 12:05 am