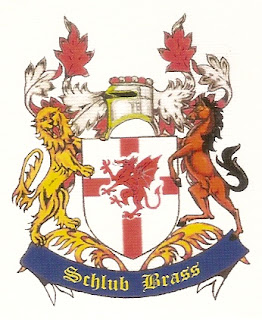 Last night, at around 9pm, a booking came in to pick someone at Ulu Pandang Community Center. To ensure that my prospective customer do not leave on another taxi while I was on my way, I called the number with my cell phone.  A lady answered and promised that she would wait for me unfailingly. It was a pleasant assurance in this competitive taxi business. A "No Show" would have spoiled my day as I had spent time, fuel and rejected some customers along the way to honor my appointment.

My customers, a stout handsome Caucasian man and a slim Asian lady, waved at me as I arrived at the pick up point. After the man loaded an aluminum suitcase-(the kind that media personnel use to stuff cameras and accessories) and a loss baggage into the trunk of my taxi, we moved off.

"Please sent us to Block 401, Hougang Ave.10". the man asked specifically.
"No problem, Sir. That's the block that has my favorite Mee Siam stall"              I answered with a delightful smile.
"Really! I love that "Mee Siam" and the "Black Chicken Soup too", he replied instantly.
"Oh, that Mee Siam is the best in Singapore. Whenever I'm in the vicinity, I would crave for it. By the way, you can cook the black chicken soup with herbs quite easily yourself by add....". I blabbed like an expert chef.
"Well, I probably buy the herbs in a standard package, but it's difficult to get the black chicken in NTUC...". he said in a lifeless tone and paused.
I glanced through my rear view mirror and realized that he was busy typing messages on his cell phone with his wife guiding him. I left him alone and waited for a chance to continue our conversation.

A few minutes later and after ascertaining that he was free and relax, I restarted our conversational engine.
"In mee siam we've something in common. Are you in the media industry?". I asked tongue-in-cheek and with images of the aluminum suitcase in mind.
"No. I'm a Trumpet Maker", he replied proudly.
"Wow, you mean the kind that one blow to make music in an orchestra" I exclaimed with surprise and fascination.
"Yes, I make and repair trumpet in a small apartment here but intend to move to a bigger place later". he started his narration in eagerness.
"My father makes violin and I know how to make it too as he tutored me for 30 years. But now I concentrate on trumpet. Friends and customers from all over the world come here for my trumpet and repair,"  he continued with sustained enthusiasm. "Are you able to make a living repairing and making trumpet" I wanted to ask but held back as I felt it could be construed as impolite.
"Before I got into this trumpet business. I was a police detective in southern Ohio in USA. I had been shot, stabbed and fell from 3 floors and survived." he revealed with pride.
"Most local folks know who I was and treated me with respect. As a detective, I don't presume a person's guilt until proven" he spoke intensely.
Images of detectives in American movies like Micheal Douglas with Sharon Stone in "Basic Instinct" started to appear before my eyes and I almost made a wrong turn.
"I've been in Singapore for 2 years and I love this place. I want to volunteer my service in the police force but they don't need me presently. Hopefully, I can get my PR eventually " he said in a flat voice.
"Well, It's getting tougher now because of negative sentiments from the ground, but you never know" I responded in a consoling tone.

I asked for his calling card earlier and he passed me two when we arrived at his destination a short while later. It has a stunningly beautiful coat-of-arm printed on its back but I couldn't remember its details, unfortunately. He designed and engraved it himself. He must be man of many talents.

We shook hands and parted company but not before he reiterated that he'll have his mee siam and black chicken soup for dinner later. I wanted to have my mee siam too but a customer pleaded for my service as I parked my taxi nearby. With a "work before pleasure" motto, I drove off on a new trip with a new passenger.

Posted by Diary of a Singaorean Cabby at 12:56 pm

You are a fascinating man to be sure. You are "driven" and you drive. You are a bright light in what can be a dim world. I hope that someday soon we will ba able to sit down together and share some Mee Siam. In the meantime, you can see Singapore in my coat of arms, like you can see Singapore in me. A little Singapore, a little America, and a little of my heart as I pass through this world. I hope to meet you again soon, Your trumpet playing, and trumpet making friend.

in no time u will be a famous taxi driver in singapore.. n will probably come out with a book just like that phd cabby, only better!

Honestly, the last thing I want is to be a famous cabby and publish a book. The main reason I blog is to make a dull job of driving a taxi a little bit more interesting. Anyway, thanks for your over-rated compliments. I appreciate it. Presently, I'm a singer without an audience and hope that as time goes by and as the quality of my posting improves, more visitors will attend my "performance" and enjoy my songs.

Thanksgiving is super fun to host! My tips: Hand your guests a cocktail as soon as they arrive (wine is fine too if you run out of time to mix something up), then I do a very simple appetizer. That way, if dinner is few minutes late, you’re not stressed. I usually do veggies with a delicious homemade dip I’ve made a day or two before, or a homemade cheese ball with veggies and crackers (so easy). I also live by Ina Garten’s hosting advice for all parties I throw: 1) make as much beforehand as possible (aforementioned dip, Pioneer Woman’s mashed potatoes – which are really wonderful, and you can do a day or two before Thanksgiving, pie crusts, cranberries, sweet potato casserole, stuffing, etc…)
đại lý cá độ trên mạng
dai ly ca cuoc bong da truc tuyen
dai ly ca do bong da tren mang