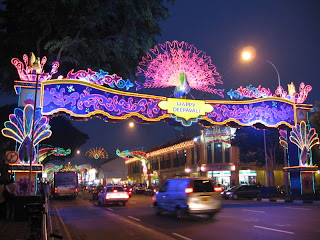 After dinner with my Indian taxi colleague at his favorite restaurant in Belilios Road in "Little India", we parted company at 9.30pm and started to ply the road for business. We had spent about an hour enjoying our Indian dishes and were anxious to re-coup our "lost in earning".
As we moved out of the car park beside the restaurant, he immediately picked up a passenger and I followed closely behind him into Serangoon Road towards "Mustafa Shopping Mall". 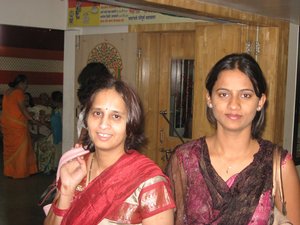 A second later, my eyes caught two ladies in Indian sari flagging desperately for me to stop. A few Indian men standing beside them were also flagging at me but I decided to pick the two ladies.
"Thank you, Uncle, for picking us, Oh, Thanks God" said the older lady in great relief as they hurriedly got into my taxi.
"We've waited for almost an hour for a taxi but none would stop for us" she continued with a tint of anger as she settled comfortably in my taxi.
From the tone of her voice and facial expression, I knew she was excited and over joyed to get into my taxi.
"Uncle, please send me to Telok Blangah Height first and my younger sister to Pandan Garden later" she said calmly in a gentle voice with a strong Indian accent.
"Sure, Mdm, Do you know why it's almost impossible to get a taxi at this hour in Little India" I started to speak like a teacher.
"No, Uncle, please tell us" came a sweet voice from the younger lady with mixture of  foreign and Indian accent.
"Well, if a taxi driver pick a passenger inside the CBD (Central Business Districts) between 8pm to 12 mid-night, he can earn an extra $3 as "surcharge". I explained slowly.
"So, naturally they avoid picking passengers at fringes of CBD, like where you were standing earlier". I explained further while having eye contact with her through my rear view mirror.
"For me, I pick anyone that flag my taxi first, whether at fringe of CBD or not. I think it's fair" I proclaimed proudly.
"Uncle, you're a good man". she complimented me instantly.
"Thanks for the compliment". I answered with satisfaction. 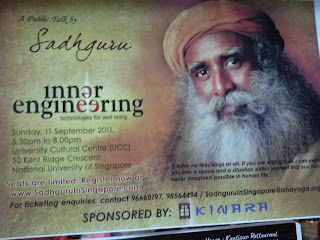 After dropping her older sister at Telok Blengah Height, we continued to talk happily about our family. She revealed that she is a true blooded Singaporean in a family of five. Her parents were gone and each sibling had a family of their own. The siblings had not get together for a long time till that night when they attended a spiritual talk conducted by a renowned guru from India. She is married to a Canadian and had lived in Vancovour for the last 15 years. About a year ago, her Canadian employer posted her to Singapore to take charge of the regional marketing of her company pharmaceutical products. 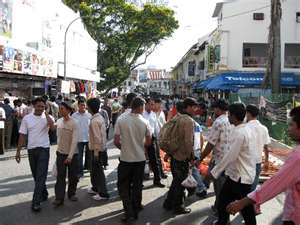 Towards the end of our conversation, we talked about Singapore in general.
"Singapore had changed so much. I can't recognise this place anymore!" she said matter-of-factually.
"What are the changes you've noticed" I asked curiously.
"Apart from the many physical changes, like the new casino buildings, MRT stations, highways, the demographic of Singapore had changed beyond recognision" she expressed herself with a surprise look.
"With so many foreigners living and working here, I feel like a stranger in my own country". she exclaimed and explained that she still keeps her Singapore citizenship although she is also a Canadian citizen.
"In Little India, everywhere I turned, I heard Indian being spoken with accents that sounded strange to me" she said with a smile.
She continued, "Although I've been away for quite sometime, I still have this feeling of dislocation".
"11 years ago, we've 311,000 non-residents, now we've 1,311,000. One million more!"  I pointed out to her.
"They helped our economy to grow, but they also take away jobs and places in school. They bought HDB flats and private houses causing prices to spiral. Their presence press down our wages and we feel squeezed out." I added fuel to a fire. 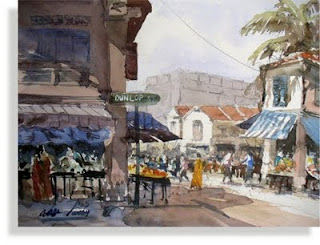 "However, they give taxi drivers more business". I admitted finally with a smile as we ended our interesting chit-chat and she disembarked at her destination.

Posted by Diary of a Singaorean Cabby at 1:33 pm