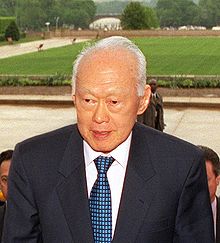 Dr. Catherine Lim ended a political speech with a humorous poem on the aspect of Mr Lee Kuan Yew’s status. It was based on a well-known pronouncement made by Mr Lee to emphasize his total commitment to the well-being of Singapore: he said that even if dead and inside his coffin, should he hear of any threat to Singapore’s security, he would get up at once and solve it.

*The coffin was enormous
To match the god-like status,
For both in life and death,
He was a true colossus.
Someone who, with the opposition,
Was clearly in cahoots,
Whispered, ‘Ah, a new dawn!
No more defamation suits.’
At which the corpse sprang right up,
‘Who said that?’ it roared,
‘He’s defaming my good name,
So get our lawyers on board!’* 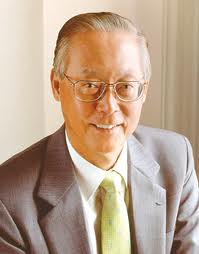 Singaporeans were rather astonished when Mr Lee Kuan Yew publicly made known that his first choice of successor was not Goh Chok Tong who was then Prime Minister, but Dr Tony Tan, a cabinet minister.

So, goes the joke, there was a period when Mr Lee was unsure about whom to choose.
A group of anxious PAP officials approached him to find out his decision.
He waved them away impatiently and said, ‘Go, go!’ (Goh Chok Tong)
Now if he had been less impatient and had moreover spoken in Hokkien, saying, ‘Tan, Tan’, which means ‘Wait, wait,’ the PM would have been Tony Tan!. 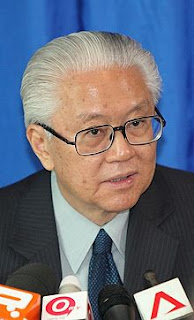 Posted by Diary of a Singaorean Cabby at 5:26 pm