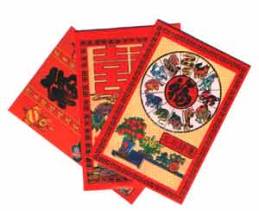 T.G.I.F.-"Thanks God Its Friday". It's the best day for cabbies in The Lion City of Singapore. Everybody wants to get out of their dwellings to soak in the city lights as the following day is a weekend. Cabs are hard to get on Friday evening and even the taxi booking lines are tough to get through. Most cabbies are out in force on the road to make the best earning of the week, except for some who still prefer to waste their time at the Kranj Race Course betting on horses.

Like the majority of cabbies, I started off punctually at 5pm and at my car park, I immediately picked up 3 Indian passengers who want to worship at the Indian temple in Commonwealth Road. The journey took about 20 minutes, longer than usual because of the Friday heavy traffic and the fare was $13.
After letting off the Indian family and driving a short distance down the road, a young trendy Malay lady boarded my cab and said that she wants to have fun at Clake Quay, the most popular night spot in town for locals and foreigner alike.

Immediately upon discharging her at Clake Quay, an Afro-American guy got into my cab and asked to be taken to Paragon Mall in Orchard Road. A long queue of people was already waiting at this taxi stand when the guy disembarked. Two Indonesia ladies quickly hopped into my cab and started to complain about the long wait they had endured. I ignored them and smiled to myself that they should know that's T.G.I.F and tonight is cabbies's night.
After the ladies paid their fare upon arriving at their condo at Harbour-Light, a booking came in immediately for a pick-up at Harbourfront Office Town 1, a mere 300 meters away .I took less than 2 minutes to pick up the booking passenger. She asked to be taken to Jurong Point. Although the outskirt destination was a disappointment to me, I was pleased that my collection from the last 4 jobs was close to $90. It was an excellent collection for 3 hours of driving.

My greatest surprise of the night was about to unfold shortly.

Like Paragon Mall, the taxi stand at Jurong Point was crowed with people, some were carrying bags of merchandizes, others were holding on to trollies of stuffs. Most people taking taxi from here were residents of neighboring HDB estates with too many grocery bags to go home by bus. Therefore, some calculative cabbies avoid this taxi stand for trivial reasons like having to waste time helping passengers load & unload their goods and ending with small taking because of short distance.
Proud to say, I'm not like them but usually hope for the best whenever I stop at this taxi stand. With God grace, a caucasian male in his early thirties, I reckoned, boarded my taxi. He had just a haversack, which he dumped onto the back seat upon opening the door. A Chinese couple with tons of grocery bags had left earlier in a taxi ahead of mine. I was spared a "disappointment" from the couple.
The "Ang Mor" was dressed in casual light-green polo shirt and grey bermudas, like someone who had just returned from hiking a forest. He looks nothing close to an office executive, more like a hitch-hiker trotting the globe.  "Mandarin Hotel at Orchard, please". he said softly with an American accent. I couldn't believe my ears because that destination in the city would means that the fare would be more than $20 and I would also be assured of another quick pick-up with $3 CBD surcharge.
He did not spoke a word while I cruised along the highway towards the city. He must be tired, I thought to myself and left him alone. I usually like to chat with foreigners whom I find are more interesting, friendly and more likely to shower the cabby with tips. But not this guy I told myself as he looks like he needs it (tip) more than me.
But I was in for a more pleasant surprise later. The meter showed a fare of $22 when we reached the hotel. He asked for a receipt and I got him a printed one instantly. He then took out his wallet and searched for his money. He was taking a longer than a normal person paying a fare. Finally, he fished out a $100 note and handed it to me, apologizing that he had no smaller bills.
"Sir, I don't have change for this big bill", I said.
I was reluctant to give him the change for the $100 bill, as I would end up with only a single $100 bill and no smaller notes for future transactions. He then requested to pay by credit card but I politely explained to him that since a receipt had been printed, the system cannot allow other mode of payment.
"Ok, just give me $20 and keep the rest as my tip to you. It was a pleasant trip, anyway". he said.
"Wow, thank you very much, Sir. You just made my day" I exclaimed with joy while shaking his hand and kissing it.
It was a $58 tip. I've not received such a big tip for a long time.
Now, many of you will sneer at me when I say I don't like to be paid more than the metered fare, especially when the passenger is drunk. With a drunk, I feel it's taking advantage of him. However, I gratefully accept tips when my passenger is sober and appreciates my good service.

Posted by Diary of a Singaorean Cabby at 10:56 am